It is good that scientists experiment because if they would not so many humans would die because of severe diseases. Today, millions of animals are captured in cages and have no other choice than to be tested on so that we as humans do not have to feel pain nor have to suffer (Animal Experimentation). In animal testing scientists are looking for finding cures for different diseases, checking the safety of different cosmetic products and researching for new medicines.


The first people to ever experiment on animals were the scientists and physicians Aristotle (384-322 BC) and Erasistratus (304-250 BC) in ancient Greece. Then Galen or Claudius Galenus (c.130-c.210 AD) started studying on animals. According to Understanding Animal Research, about 400 years ago William Harvey, surgeon and scientist , (1578-1657 AD) started researching on animals to discover that blood circulates through the body and to see if the Arab physiologist Ibn-al-Nafis was correct with his thought of blood running through mammals. Then Louis Pasteur brought the thought back in the early nineteenth century because he found out how important vaccines are in his germ theory (Animal Testing: A Long, Unpretty History). After his discovery the animal experimentations started first in England and France.


One of the major facts for why scientists experiment on animals and the most important one is because they are trying to find cures for different diseases. Humans think that we will get the results that we need from animals so that we can have cures for diseases without having to harm any humans (BBC).  Scientists also experiment on animals because there is no other option that will give us correct and precise information about what the medicine or cure could do to a human with its side-effects except with human like cells (Animal Experimentation). Humans use them as if they were nonliving things just to get results from painful tests so that they can live a safe life without diseases or anything to harm humans.


Another reason for why animals are tested on is for checking if the cosmetic products that brands want to sell are safe. Scientists experiment on animals for cosmetic products because once a while ago a woman used mascara and turned blind because her eyes got infected. If scientists would not do those experiments, this would keep happening and humans would get severe injuries (Cruelty to Animals in Laboratories).


The final reason and one of the more important ones is the research for new medicine. Humans think that we will get the results we need from the animals and the side effects for the new medicine for us to be healthy and safe (Animal Experimentation). The research also tells us if the medicine that was experimented with is safe for us humans to use (Harm and Suffering). The medicines for major diseases like cancer and HIV/AIDS have helped people to survive and live better with those diseases. For example in the beginning people who were infected with AIDS could only live up to 18 months but now people infected can live up to 22 years. With the extra amount of research and information the death rates of cancer also decreased since 1975 (Animal Experimentation Benefits).
In conclusion scientists experiment on animals to find cures for diseases, checking for safety on cosmetic products and research for new medicine. Animal experimentation can be a debatable topic because it is good that we find cures and other things like that but the fact that we have to test on animals is morally debatable. The scientists use the results of all these experiments to check if what they are testing is safe to use on humans.

What is your opinion on animal experimentation? Do you think it is worth to experiment on animals? 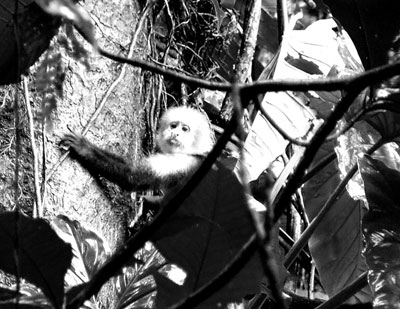 Favorite Quote:
Never let the fear of striking out keep you from playing the game