Gay. The meaning of the word was once used to describe someone when they were happy, but now it has so many meanings. People have been introduced to the habit of using it to describe something bad or uncomfortable.
Queer. The word was once used to describe something weird, but now it is used as a label, one that no one really likes.
Fag. There is only one meaning for this word if you are referring to a person. The word is a hate crime, a word used to hurt those who are different.
You wonder why I am referring to these particular words. I have been labeled with these words my whole entire life; I was the kid who dared to be different. These words may have there different meanings, but some how always are used to be mean.
I have never in my life been gay, but was labeled this. I am not writing this to tell my story, but to speak out for those who are too frightened to. I want people to know that yes the accepted vernacular for a homosexual is gay, but to use the word out of context is wrong to do. If someone is gay then that could hurt them. People should never call someone a fag, because one it is a hate crime and two it really hurts people. So I guess that I’m saying that you should really think before you say anything. It doesn’t matter what word it is, bullying is wrong and it is time that we stand against it.
Life moves on and bullies never do. If you are a bully then you really need to evaluate your position as a person. Never allow a person to be bullied, because I know from experience that bullying hurts. 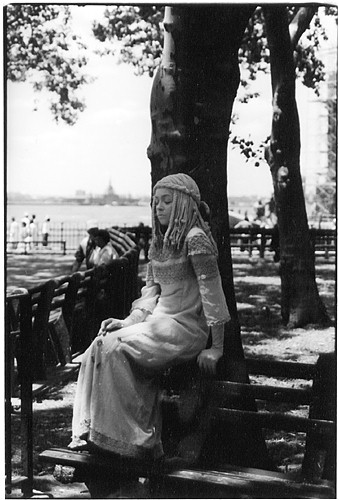 
Love is patient, love is kind; it does not envy, it does not boast, it is not proud.
1 Corinthians 13:4
A man's ways are his own, but the LORD weighs the heart.

MegL. BRONZE said...
on Jan. 21 2014 at 10:22 pm
MegL. BRONZE, Herndon, Virginia
2 articles 0 photos 1 comment
View profile
Hi! I just wanted to let you know that many people, myself included, actually label themselves as queer. Some of us use it as an umbrella term and others use it when they don't feel that other labels fit their sexuality. For example: I present as gender neutral and prefer they/them/their pronouns. I was, however, born with female anatomy and am attracted to other females. Because I don't identify as a girl, I don't feel that the term lesbian fits me.
J.Moore BRONZE said...
on Dec. 28 2009 at 2:35 pm
J.Moore BRONZE, Pisgah, Alabama
3 articles 0 photos 5 comments

View profile
Thanks for yor comment.
Wheat_Wheat said...
on Dec. 20 2009 at 7:24 pm
I know exactly what you are saying. These words are very hurtful, and the actual meaning of f@g is a bundle of sticks or a cigarette. So people shouldn't use these words as insults one because they're meanings are not insulting but two because they still hurt. The sad thing is, is that no matter where we go their will always be a "bully", people will never change. The homosexuals in this world, I fear will never find peace or acceptance.