Breathing heavily, a woman leaned over and placed her thin fingers around the leather hilt of a small sword. Only the king knew how to use it properly, but anyone could easily use it to stab at a person. Boisterous footsteps grew louder, and the woman darted toward the window. She fumbled with the lock, and gasped as the bolted door was flung open by three enormous figures.
“You’ll never find him!” she cried. “Why are you even bothering to come to me, looking for answers?”
“Well now,” one of the trio said, a scraggly bearded man who grinned as if this were his idea of fun, “we can’t leave without leaving a sign anywhere. And since no one has ink, your blood will do just fine.” His two companions grinned sinisterly, and the man took a step forward. “It’s too late to jump, Clarisse.” Clarisse had finally opened the window, but there was no time to get out.
“You don’t want to do this,” she breathed. “It’s bad enough, leading an organization like yours. Don’t put the blood of the queen on your head.” The man guffawed, but his gaze didn’t leave hers.
“It won’t be mine,” he retorted, and flicked a hand to the queen.

She had no time even to scream as his two companions darted forward, one holding her still and the other slicing his knife down her pale throat in a precise, clean line. Clarisse tumbled forward as the trio vanished through the open window, unable to catch herself. A jar of pain shook her body in its last moment, and the queen lay still as the sword she’d been clutching impaled itself into her waist upon impact of the hard ground.

“Garner,” a small voice squeaked, “What’s happening?”
“Sh!” someone snapped, but a reply came.
“We have to stay here till the bad people are gone,” Garner murmured softly.
“What if they hurt Mom?” another voice inquired, terror and curiosity combined in his voice.
“Matthias, be quiet! They might find us,” Garner admonished, but he ignored him.
“I’ll kill them if they hurt her, or us,” Matthias said, candle light flickering over his crossed eyebrows and clenched fist.
“But if they hurt you, you won’t be able to-” a small girl began to point out, but was hushed as a hand squeezed her mouth and Matthias’s.
“All three of you, quiet!” a deeper voice commanded, and the four of them sat in tense silence around a table of candles.
The oldest, who had quieted them, stood as footsteps were barely audible outside and placed a hand on his sword’s hilt. But suddenly, the door to the room burst open, splinters soaring as the sound of metal upon metal hissed into the air. Garner yanked Matthias down, beneath the table but his other hand slipped from the girl’s wrist as she ran around the intruder, who busily battled against the oldest boy.
“Come back!” Matthias yelped, but the girl had sprinted too far to hear.
She thumped through the hallways, searching for the one place she had always known to be safe. Slowing, the girl clutched her chest as worry hooked itself inside her. She hesitantly pushed the ajar door a bit more, wondering why it had been left open. Stepping inside, the girl lost her breath at the sight of the queen, unmoving and ashen upon the floor. 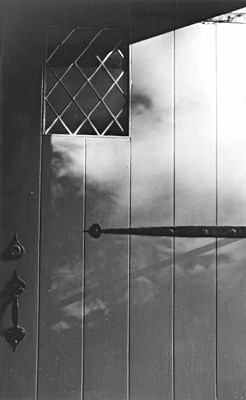 View profile
Thanks so much! I'm trying a new writing style, with a lot more suspense. Thanks again for the feedback! :3
PhantomnWriter said...
on Nov. 10 2013 at 1:46 pm
NICE JOB! ^-^ I enjoyed it! Nothing I would change! Keep up the great work!!