Game Review: Madden NFL 09
The new Madden game is out and the graphics are stunning. Many features have been added into the 09 version and great features from the older versions have been incorporated into the game, such as the great 'rewind' feature that allows to repeat a play again but it can be only once a play, and you can change the setting to allow you to have 0, 1, 3, 5, or unlimited rewinds a game. In Madden NFL 09 the football players look better than the 08 version, and look almost real (from a distance) in high definition on the Xbox 360. Players also have the special abilities from the 08 and 07 versions, such as the 'precision passing' ability for quarterbacks and the 'stiff arm' ability for certain running backs. Madden NFL 09 is a great game and I insist that you get for the Xbox 360 or Playstation 3 if you are a football fan like myself. At the beginning of the game you may pick your favorite team, and start a franchise for that team. I rate this game a 9.5 out of 10. 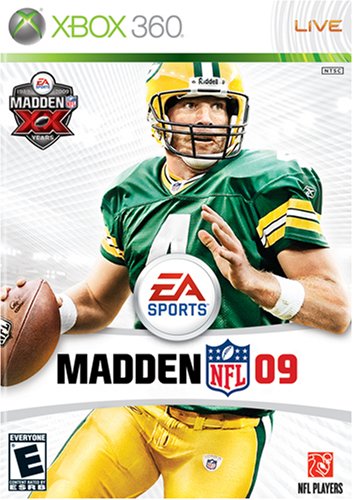 Favorite Quote:
Lion does not laugh
At Mouse now,
Now he knows.

Favorite Quote:
Just be yourself and never give never surrender