Favorite Quote:
"A life is like a garden. Perfect moments can be had, but not preserved, except in memory."
- Leonard Nimoy

This is not the first time Link’s Awakening has been reimagined. In fact, in 1998, Link’s Awakening DX was released for Game Boy Color. Unlike the 1998 version, however, the 2019 take on Link’s Awakening will do more than simply add color. The game’s art style has been revamped, new features have been included, and there are cameos from other Nintendo games.

While remaining, for the most part, a faithful reimagining of the 1993 classic, the 2019 Link’s Awakening will have some small—yet very needed improvements. Inventory management will be better handled in the game, and exploration will become easier as players will have the ability to leave placement markers on their maps.

The biggest (and most anticipated) change that the 2019 version will include is Chamber Dungeons, a dungeon editor mode run by Dampé, Ocarina of Time’s gravedigger. Located in Tal Tal Heights, the dungeon editor will expand as players progress in the game. Throughout their adventure, players will be able to unlock dungeon rooms, which can be brought to Dampé. From there, players will be able to arrange the rooms to create their own playable dungeons—while feeling like a downgrade from Super Mario Maker, this feature still sounds as if it has a lot of potential.

Nintendo will also be releasing a new Link Amiibo alongside Link’s Awakening, which is modeled after Link’s new appearance in the game. This new Link Amiibo, as well as at least four other Legend of Zelda Amiibos, holds a new functionality within Chamber Dungeons. Creations that players make in the dungeon editor can be saved to an Amiibo, which can then allow for others to play through those levels with use of the Amiibo. This seems like a great way for friends to share their creations without much hassle.

Nintendo developed Link’s Awakening with Grezzo, a Japanese developer credited with the 3DS ports of Ocarina of Time, Majora’s Mask, and Luigi’s Mansion, as well as the development of Tri Force Heroes. Based on the continued success of Nintendo-Grezzo collaborations, it is no surprise that Link’s Awakening has received a 9.5 out of 10 by IGN. 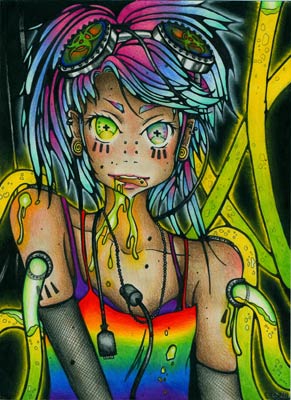 Link's Awakening is a highly-anticpiated reimagining of the 1993 classic with the same name. For Legend of Zelda fans all over the globe, this is one of the most beloved games in history and its return is bringing excitement all around.

Favorite Quote:
"Life is like an onion: You peel it off one layer at a time, and sometimes you weep."--Carl Sandburg

"If you can laugh at yourself loud and hard every time you fall, people will think you're drunk."--Conan O' Brien