According to Box Office, ‘Why Him’ got a 6.6 out of 10 rating which I personally do not agree with because I think that the movie deserves a 10 out of 10 rating. I think that it was one of the funniest movies I have seen in awhile, it actually took a concept which is based on real life. On its first weekend, the movie pulled off with 16.9 million dollars and was aired at 2,380 different locations in the U.S. which soon will be increased to 2,916 according to variety.


The movie is based upon a real life issue in which the father does not approve of the daughter’s boyfriend, so he tries to get rid of him, while the boyfriend tries to do everything he can to please his girlfriend’s father. The movie does a great job in showing both perspectives, the boyfriend and dad both trying to achieve different goals, which makes the movie just so much better and gives off that feeling that it is very real and an actual issue. Though it is based on a real life issue, it is a comedy movie, and despite absurdity, it has the elements of realism that the viewers can connect to, which in my opinion makes it one of the funniest and most hilarious movies I have ever watched. According to the Guardian, the movie was a success because of the way all the main characters: Laird, Ned, Stephanie and Barb, were acting individually, but also with each other. Also the touch of Gustav was hilarious because he brought some sense, but loads of nonsense into the movie, which made it even more hilarious, not to mention his cliched German accent.


The elements used in the movie make it very unique and appealing to the audience. The variety of characters can interest and amuse the viewer; however, it allows the viewer to evaluate the connection between characters. An example of this is the relationship between Laird and Stephanie because they do not seem as if they would fit together, but it seems to work in the movie. This makes the movie more enjoyable by seeing how the couple changes and influence each other throughout the movie. For example Laird and Stephanie have very good chemistry in the beginning but it gets worse throughout the middle of the movie; however, in the end they come back together stronger than before. Another very unique element is the change that most of the important characters go through, for example the dad going from hating Laird to letting him marry his daughter or where the mom seems like a very straight and formal person but ends up smoking marijuana and wanting to sleep with her husband.


The over exaggeration used in the movie was so out of proportion that it made the movie fabulous. One example of its crazy fantasy was that Laird had a moose in his house and had it stuffed and portrayed it in its own urine. Furthermore, the foods that his personal chef cooked were also out of this world and no normal person would eat it real life. An example of the food was that they ate a piece of bear fillet which was quite odd to the me, perhaps the audience and also the characters.


In general I thought that the movie was great and that it really stood out from other comedy movies. The sense of reality in the movie was compelling and relatable to the audience and the concept behind it made it feel more realistic, which made it even funnier and more enjoyable to watch. 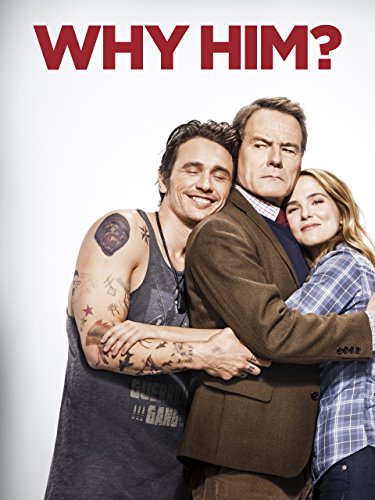 Favorite Quote:
"In the end we only regret the chances we didn't take." -Tumblr

View profile
OMG, I agree I loved this movie and the review is very just.