We all know what it’s like to want to get out of high school, some of us more than others. Struck by Lightning confirms that everyone has problems, even cheerleaders and football players, and Chris Colfer’s (Glee) Carson Phillips has dirt on all of them. As a Kurt Hummel fan, I was a little apprehensive about watching Mr. Colfer take on a role nothing like Chris’ Glee character. With a sarcastic sense of humor and effective blackmailing techniques, Carson goes on a quest to blackmail several of his naughtiest classmates. Because of his extremely well-thought out dreams of becoming the editor of the New Yorker, and the youngest freelancer to be published in the New York Times, L.A Times, and the Chicago Tribune, Carson has to manipulate his senior peers to each contribute a piece to his school’s literary journal. With an unwilling team, a bunch of dirty details on every single one of them, and a perfect blackmailer and his filmmaker sidekick Malerie (Rebel Wilson), Struck by Lightning is a great high school comedy that will make you laugh out loud. I may have particularly enjoyed it because of my absolute love and admiration for Chris Colfer, but I’m sure that it’s just as enjoyable to people who aren’t his biggest fans. This is Chris’ first movie, which he wrote and stars in. Struck by Lightning is directed by Brian Dannelly and showcases the talents of Christina Hendricks (Mad Men), Sarah Hyland (Modern Family), Allison Janney (Juno), Rebel Wilson (Pitch Perfect) and many others. Rent or purchase it on iTunes or your nearest DVD store, because like it or not Carson says it exactly right, “Life comes at you fast. It runs through your body and tries to escape in any way possible… It’s a lot like lightning.” 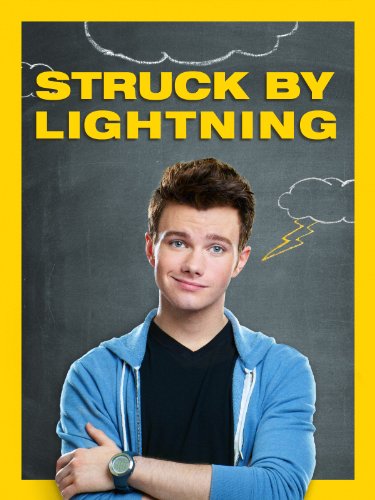