"Harry Potter &amp; The Deathly Hallows: Part 2" starts off where the first part left us, watching Voldemort retrieve the Elder Wand- the most powerful wand in the world- from Dumbledore's grave. As Voldemort waits to make his move on Harry Potter, Harry, Hermione, and Ron are trying to collect the last of the Horcruxes. This journey of collecting the sinester Horcruxes leads our heroes back to the hallowed halls of Hogwarts with Voldemort hot on their trail. Harry, Hermione, and Ron sense trouble when they find out that Snape is now the head master of Hogwarts. But when Professor McGonagall kicks Snape out of power, the whole school turns towards Harry and promises to fight with him to the death.

As Voldemort and his army encroach on the great castle and its inhabitants, we learn more historical information about The School of Witchcraft and Wizzadry, get to re-watch some our favorite clips from a few of the past movies, get a better back story on Snape and his actions towards protecting Harry- unbeknownst to Harry himself-, and get a better visual of the night that Voldemort came to the Potter's home and claimed the lives of Harry's parents. During the epic final battle, we even get to meet some new characters such as Dumbledore's brother.

As we get closer and closer to the final face-off between Harry and his ultimate enemy, tension builds so much that you can cut it with a knife. For this is the ultimate battle between the opitomes of good and evil.


I remember when the first four "Harry Potter" books were shown on T.V. commercials, being sold as a set. They looked so cool, and they were even better when we got them. As if the books weren't cool enough, they started announcing that they were coming out with movies, bringing each book to life. I got to see the first film in theatres, and it was awesome. Now, about eleven years later, I was sitting in the dark movie theatre, watching the final "Harry Potter." This was the film that we had been waiting for ever since the idea of making these magical books into films was first incepted. Each battle scene was filled with dire intensity. The Magical feel of this fantastical, yet fictional, wizzarding world, that many have grown to know and love, was bouncing off the screen in torrents. And those last few scenes, those last few glimpses of this beloved world created by J.K. Rowling so many years ago, are heartwarming and send each character- and each viewer- off with a satisfying ending that will have you crying all the way through the credits. It is the perfect ending to a perfect story that saw Harry, Hermione, and Ron grow up in a magical world filled with love, loss, triumph, great friends, and magic. So, to all of you, such as myself, who've been on this magical journey for the past eleven years, get out your tissues, sit back, watch, marvel, and enjoy! 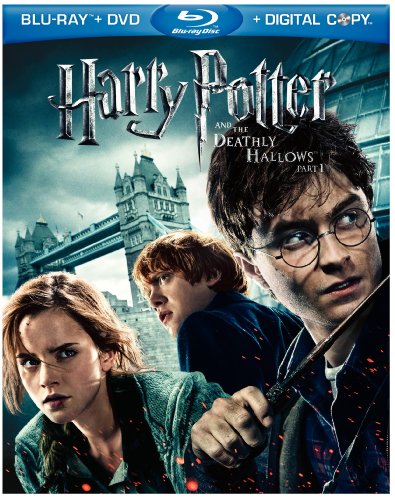