The 1971 police-thriller, Dirty Harry, is one of the many films churned out by the prolific Hollywood director, Don Siegel. Amongst a sizeable catalogue of motion-pictures under his belt, Dirty Harry is perhaps Siegel’s tightest and most popular work of all. Practically the quintessential, American cop film, Dirty Harry stars the monolithic Clint Eastwood in a defining and unforgettable role as the titular “Dirty” Harry Callahan – holding a candle to the likes of his, equally iconic, Man With No Name character from Sergio Leone’s spaghetti westerns. Moreover, he slickly delivers, in a way only Clint Eastwood could, one of cinema’s most memorable – yet, often misquoted – questions: “You’ve got to ask yourself one question: Do I feel lucky? Well do ya punk?” Via Harry Callahan’s struggles under the boot of bureaucratic law agencies throughout the film, Siegel, characteristically, manages to formulate yet another scathing argument against an all-encompassing authority and for individual discretion.

Harry Callahan is shown, within the first 20 minutes of the film, to be excessively skilled and adept in his line of work. Early on, whilst still intently chewing a hotdog, Harry nails a trio of robbers with his hulking .44 magnum before any police backup can reach the scene. From the get-go, he’s established as cool, calculated, and desiring of only one thing: unobstructed justice. If left to work as he pleases, criminals will be subdued and civilians will be saved. Although his work is unorthodox, brusque, and unforgiving, Harry will get the job done efficiently – there’s no arguing that. The one deviant who Harry is prevented from nabbing, however, is the volatile and manic main villain, Scorpio.

The film does not actually open on Harry Callahan; rather, the audience is first treated to a simultaneously ominous and concealing introduction to Scorpio. The first scene of the film follows the stalking of a female swimmer by Scorpio, who lays at the peak of a distant skyscraper, peering through the magnification scope of his sniper. We are, intentionally, never shown his face here; rather, the camera focuses on the suppressed muzzle of the sniper rifle he wields, as though it’s an extension of himself. Additionally, the only defining attribute of Scorpio’s that is visible in the frame is his lengthy, dangling hair, out of focus and in the background, yet still draped over his face like a curtain, veiling the insanity underneath.

With the initial death of the feckless woman, Scorpio demands a hefty sum in ransom money, threatening to kill again otherwise. With each capitulation made by the police department and the L.A. mayor, Scorpio grows only more and more blood-thirsty. As the film goes on, Harry plays along with the others, going so far as to be the “delivery boy” for the ransom. Kept at bay by his superiors for most of the film, Harry frequently finds himself stuck between the bureaucratic actors in a so-called justice system working only to stifle justice itself.

Harry is a leashed dog, though he’s not rabid. The mayor views him as nothing more than a walking liability, worried that he’ll make a mere mess of things. Yet, Harry is committed, compassionate, and capable of restraint. When Scorpio kidnaps, strips naked, and buries a teenage girl, Harry goes to great lengths to save the her, and the audience is taken alongside with him for the whole ride. Through the nocturnal, dimly-lit streets of San Francisco he strides, lugging the duffel-bag of requisitioned ransom money all-the-while, rushing to answer the ringing of various public phones in a concession to Scorpio’s strange antics. Harry is even met with a trio of muggers, who he fends off single-handedly – as he’d be expected to. After the grueling trip to the drop-off location, Harry is back-stabbed by the duplicitous Scorpio, who nearly kills him before Harry’s partner, Gonzales, fires a distracting pistol round, thus saving his life. With the arrangement having gone haywire – through no legitimate fault of Harry’s – the police chief indignantly asks why Gonzales was at the scene at all, rather than inquiring: “How’s Harry holding up?” Later on, once Harry has finally caught Scorpio and collected ample evidence to lock him where he belongs, he is reprimanded by the district attorney, who lets Scorpio walk on a technicality. The film follows this theme of detachment, with the gap between Harry’s and the police department’s conceptions of Scorpio growing to a point of irreconciliation. Harry knows, better than anyone else, how much of a ticking time bomb Scorpio is, yet those above him are bound to the law as it is written – no more, no less. As Scorpio’s acts become more heinous and his demeanor copiously daring, Harry declares himself untethered from his superiors’ orders, and intercepts the raving mad Scorpio after his hijacking of a school bus.

There’s no question as to whether or not Scorpio is a villain. Both the character’s introduction, as well as the ensuing realization of the man as a weaselly, shuffling cockroach by the talented Andrew Robinson, works to state plain as day the incorrigibility of the menace at-large. Therefore, in true Siegel fashion, Dirty Harry ideologically pokes and prods holes in our typical conception of the American justice system by planting no ambiguity in this discernment. As such, the film aims to explore the far-reaching ends to which that bureaucracy will graciously go in order to protect and compromise with objectively despicable men like him. In the process, a defense is built for the rogue officers bent on executing a rowdy, blue-collar justice – such as Harry. It is, then, only too fitting that Harry, after finally disposing of Scorpio in the film’s cathartic climax, throws his badge into the same lake in which Scorpio’s corpse drifts. He has stained his hands beyond repair, and will likely never work again. The police chief will only see a breach of direct orders; yet, the audience will, as they have all along, understand why Harry did it.

I earlier dubbed the justice system a “bureaucracy,” and that was no mistake. Dirty Harry, perhaps better than anything else, paints a clear-cut and effectively jarring picture of the stifling, incompetent law agencies comprising the American legal machine. Harry himself is more-or-less dubbed “Dirty Harry” due to his willingness to tackle any job – no matter how insignificant or out of his jurisdiction. This is evident in his readiness to prevent a roof-bound, suicidal man from plunging to his death later in the film. Juxtaposed to his superiors, Harry even appears a saint. His higher-ups – including the mayor, police chief, and district attorney – are all well-versed in the art of compromise, pacifism, and law; however, this too detaches them a great deal from the thankless grunt work of the lower-echelon officers – Harry being one of them. They are unwilling to get their hands even a smidge dirty, and this is painfully evident in the ineptitudes of the police chief, who won’t deign to do so much as count the ransom money scrounged together for Scorpio before handing it off to Harry – the designated “delivery boy,” of course. In this system, it takes a maverick cop to do what must be done, and what must be done is a punishable offence.

None of this is to label Don Siegel an unconditional apologetic for rogue officers or a particularly staunch supporter of vigilante justice. In fact, a cursory glance at his wide-ranging filmography will yield the discovery of a thematic through-line interconnecting many of his works which disproves this. Dirty Harry makes no more a controversial or bold statement than those conveyed through the earlier Invasion of the Body Snatchers, which forms, as I detailed in my prior review, a fervent defense of individualism and an indictment of social consonance. In a later Siegel film, Escape from Alcatraz, yet another exploration of authority and its subjugating, corrupting abilities is embarked upon; yet, funnily enough, it does so via a completely inversed scenario than that of Dirty Harry. The film shines a light on the inhumanities of the Alcatraz system – perhaps the prison system at large, considering Siegel’s much earlier picture, Riot in Cell Block 11 – just as Dirty Harry exposes the occasionally mismatched priorities of the U.S. justice system. What makes director Don Siegel stand out, in my view, is his willingness to candidly delve into the iniquities of authority and the savagery of stringent doctrines from a plethora of diverse angles. Understanding this, it would be rather backwards to name Siegel an authoritarian, or the character of Harry Callahan a “fascist” – as some, rather rash, contemporary critics did –, for the film simply utilizes an alternative – albeit, perhaps brash and controversial – angle in one of Siegel’s many colorful blows against the ideals of a suffocating, bureaucratic order. Dirty Harry just happens to be his most stylish one of all. 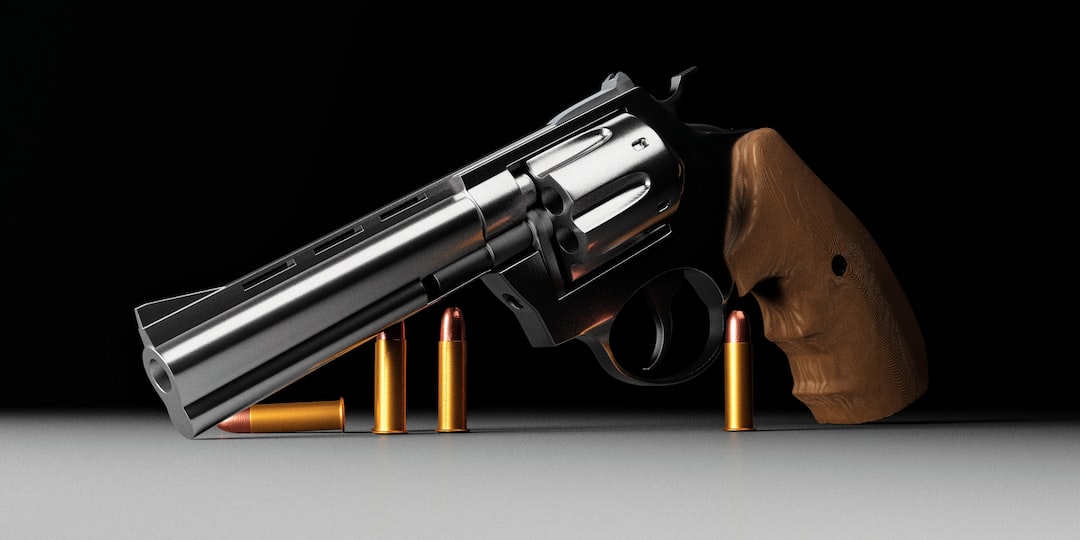 Photo by Eren Namlı on Unsplash

Dirty Harry is undoubtedly the quintessential police-thriller. Having spawned in the very beginning of the 1970's, the film also masterfully captures the spirit of the bold, American cinema that defined the decade.