The Impossible Knife of Memory by Laurie Halse Anderson MAG

Laurie Halse Anderson's latest Young Adult feat chronicles 17-year-old Hayley's senior year in a new high school after settling in a new town with her father, who is haunted by internal demons. A war veteran, her father finds day-to-day life difficult to deal with and turns to alcohol and drugs to cope with the nightmares and extreme paranoia resulting from his experiences in Iraq. With her dad losing his own battles, Hayley struggles to help in a parent-child role reversal while simultaneously trying to make it through the tedious school year. Things become more complicated when unwanted memories resurface and a witty, kind boy is thrown into the mix – one who seems determined to sweep Hayley off her feet.

Most famous for her novel Speak, Anderson has once again created a story filled with complex characters, traumatic experiences, and mental illness – a tale that threatens to rip your heart from your chest while simultaneously feeding you small increments of hope.

Though this new book is not, in my opinion, her best, it does give an insightful look into post-traumatic stress disorder (PTSD), an illness that plagues many – and not just war veterans. We witness the emotional turmoil of a man who cannot move on from his past and a daughter who just wants her smiling father back – not to mention one who will take care of her.

I felt there were aspects of the book, including some format choices, that needed to be better explained – and less awkwardly written – and the story progressed at a slow pace. But The Impossible Knife of Memory tugged at my heartstrings and made me remember when my own father was deployed in Afghanistan. This is a great father-daughter story. The 372 pages don't contain as much action as the latest Michael Bay film, but they do show great emotional depth and are pieced together stunningly by this much-beloved author. 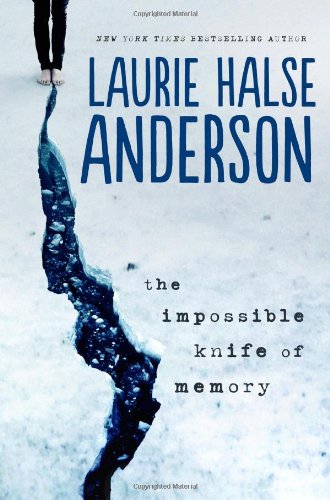