Nobody Cares About Your Opinion on Fashion: An Open Letter | Teen Ink

Nobody Cares About Your Opinion on Fashion: An Open Letter

I've noticed an off-putting trend here on TeenInk, one that I think should be properly addressed. There's a large percentage of teens on here that are adamantly anti-fashion, and more concerningly, anti-minding their own friggin' business.

Nobody cares, Stacy or Tyler or insert-lame-name-here, what your opinion is on immodest dress. Nobody will stop piercing their face or wearing name-brand clothes or spending $120 on a pair of sneakers just because some milquetoast teen on the internet thinks they're better than everyone else for not having nice things.

Maybe, get this: name-brand clothes are expensive because they're generally nicer, more creative, and made of better material. Are we as a community so self-centered and jealous that has to go on the offensive when we see someone in nicer clothes then ouselves? Is that the kind of people TeenInk houses? The kind of person who trashes someone else's hobby because they don't "get" it?

What's next, are we going to trash Pokemon too? How about video games? Those things are cumulativey just as expensive as buying nice clothes, but nobody hears anything bad about them here. I guess it's okay, because apparently dressing like trash is the way "in" here.

Excuse me for treating myself to a pair of name-brand shoes after scrimping and saving for weeks on end. EXCUSE ME for having a life outside of trashing people who like to dress nicely. This site is just as catty as everywhere else, so don't play at being "outside the norm". There is no difference between the "preppy cheerleader" types and the "modest is best" types. They're both stereotypical, catty, and just plain mean.

Think before you judge, fellow teens, and don't let your transparent jealousy bother people like me, people with so-called "unacceptable" style. Hating fashion doesn't make you special. It makes you a pain to be around. 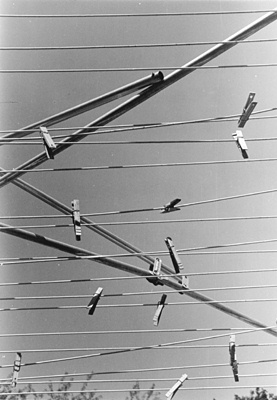 I got sick of seeing so many "what you can and can't wear" forums written by so-called "alternative" teens.

Favorite Quote:
Anything that involves the movie Anchorman.

m1na GOLD said...
on Dec. 25 2017 at 8:04 pm
m1na GOLD, Olympia, Washington
13 articles 0 photos 91 comments
View profile
Everyone should wear whatever they feel comfortable in, I love this article.