Shall We Never Forget Breonna Taylor

March 13, 2020. A date that, shamefully, ought to be registered in any history book. A date that never deserves to be forgotten. The day when Breonna Taylor, a 26-year-old black woman, was shot during a raid by Louisville, Kentucky police officers. A long and strenuous period of time has now passed, but has the world changed? Have all the ongoing BLM riots induced their desired effects? Before answering any questions, let us look back at the case that invoked a strong sense of justice that seemed to be long gone amongst the "American society".

The police, accordingly, had several warrants to search multiple apartments that were supposedly involved in drug dealings. Taylor's ex-boyfriend, Jamarcus Glover, was a drug dealer who allegedly used her home to conduct business. At the time of the raid, Taylor was home with Kenneth Walker, her current boyfriend, when they heard loud banging on the door. Though the police officers claim they announced themselves before entering, Walker affirms that he in fact did not hear anything; both Taylor and Walker believed their home was being invaded. According to Walker, he used his gun to protect him and Taylor when the officers forcefully rammed into their apartment. The three officers involved in the raid are Jonathan Mattingly, Myles Cosgrove, and Brett Hankison. Only one officer was injured in the leg, Walker was untouched, but Breonna Taylor was fatally killed. Recently, the Kentucky Attorney General's Office announced the decision of the Grand Jury: no charges brought against Cosgrove and Mattingly and three charges of wanton endangerment against Hankison. Upon hearing this news, Taylor's family, along with thousands and millions of protesters, were outraged because none of the officers involved were charged for her murder.

The outcome was based on standard law enforcement practices and criminal law. According to the Attorney General's office, Mattingly and Cosgrove followed training procedures and practices to return fire when fired upon. This is the justification for Attorney General Cameron not to indict Mattingly and Cosgrove with any charges. The officers returned fire because Walker fired first. On the other hand, Officer Hankison was found in violation of a law that states "'under circumstances manifesting extreme indifference to human life, he wantonly shot a gun into the apartment' occupied by Taylor's neighbors…'" according to ABC News. As a result, none of the three officers were charged for Breonna Taylor's murder.

Undoubtedly, Breonna Taylor's death is tragic. She was a young law-abiding woman with a promising career who was innocently shot in her own home. Like anybody in this world, she had a dream. She had loved ones that could not say a proper goodbye for they did not know that she would leave this world so quickly. There is no possible excuse for people to feel threatened in their own homes. Furthermore, for the police to expect civilians to plainly observe them break down their homes is simply unreal and foolish. Taylor's family and friends are justified to feel intense sorrow and anger for her innocent death. Every person's life is precious and should be protected. Nobody knows for sure what would have happened if Breonna Taylor was not a black woman. But it doesn't hurt and certainly isn't hard to ask and wonder.

Sadly, the Taylor case is one of the countless cases targeting Blacks that has plagued this country. Law enforcement officers are trained to conduct themselves appropriately and reasonably to enforce laws and to protect citizens, regardless of race, color, or socioeconomic status. However, the system undoubtedly encourages the widespread practice of racial profiling. The United States has a long history of prejudice against Black Americans originating from the time of slavery during colonial and post-colonial times. No argument can be possibly made when it comes to the racial question, as the answer will always be yes, racism blatantly exists. Even after the Civil War, Blacks were discriminated against under the Jim Crow laws in the South. Because this systemic racism continues, numerous police officers constantly tend to assume Blacks are guilty before being proven innocent. Therefore, police officers should indisputably be required to take race relations and sensitivity classes as part of their academy training and continuous education.

Additionally, police officers across the nation should be required to wear body cameras for their protection as well as those of the public. Federal gun control laws are also long overdue. The country needs a singular standard to prevent illegal guns and weapons from getting into the wrong hands. Countless lives have been consequentially taken, and while society solely blames the tragedy on the possessor, the real issue is never recognized: the dangers of gun usage. The fewer guns on the streets, the fewer chances of senseless deaths. The Taylor case shows that police training and practices should clearly be re-evaluated so that necessary reforms can be implemented so that future tragedies against people of color will only be exceptions and not the norm.

Now, has the world, or rather, the United States really changed? No, not drastically. But is there still hope? Yes. 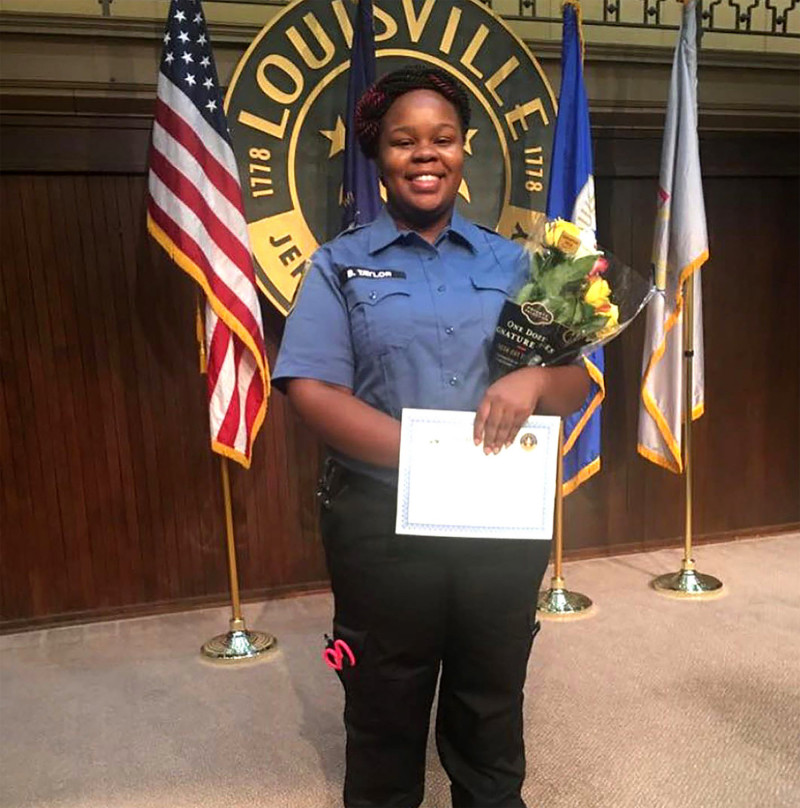 Favorite Quote:
Yea, though I walk through the valley of the shadow of death, I will fear no evil, for thou art with me; thy rod and thy staff they comfort me. Psalms 23:4