You were a lovely distraction, but not anymore. I finally got myself out of that flower covered daze. I realized that nothing was being accomplished. While the world around me, still revolving, people still working towards their own goals, I had seem to have lost mine. Where did they go, what have I done? Getting off track and starting to slack. I had never been a slacker, infact I found pride in my work. Now it seems like I'm getting behind and the work is being piled on. The distraction, while lovely in its form, had done nothing for me except help me continue on my procrastinating path.
Throwing around the four-letter word is not something I did. It was rare in its form and was hardly ever spoken. Infact a word I was almost unfamiliar with. No, I take that back. To say that I am only kidding myself. I had infact heard of it, it was the word I had longed to say. However, I longed to mean it as well. It was a treasured word, something I kept to myself. Not something articulated out of lack of thought or lack of words in general. It was something I found myself saying more and more . But as I thought about it, what had I loved him for?
For kissing me so tenderly on the lips? For grabbing my hand when I needed him to? Or was it infact, the inevidable. The answer to the question I did not want to admit. Was it infact, I did not love him? I had only used that as my excuse to use that word? Unfortunately, as much as I had wanted it to be a wonderful reason. One with meaning and passion, it wasn't. It was as simple as the fact that the sky was blue.
Growing in love with someone can be found as early as the years I have accomodated, but it can not be truly grasped until the years and maturity have been grown as well. Although, the word was a lovely idea, it was not for me. Not at this time. 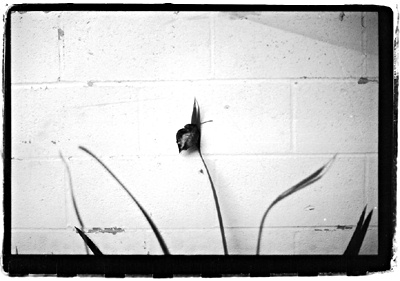 The author's comments:
Upon a series of events I eventually found myself in a relationship. For clearification, I am one of those people who can't stand when teenages say I love you the first week or even few months they date. I wrote this because after we stopped seeing each other I realized what a hypocrite I had become. So hopefully someone will get something out of this. If not its just me, blowing smoke.
Post a comment
Submit your own