I remember being taught all about the ill effects of bullying during my years as a young elementary school child. The empathy I felt when I realized how prevalent bullying was really got to me at that age. Despite this, though, I was being bullied by a group of boys who wanted nothing more than to get a reaction out of me. I was short tempered and they knew I would always give them a response for their own wicked source of amusement. This bullying was short lived, however, as these boys grew out of their phase and became sensible individuals who would never pick on someone like me. Even if it hurt, it isn't something that traumatized me in my later school years and I was able to look back on it and laugh at how stupid we all were as kids.

However, later on in my life I was subjected to a different kind of bullying. This one would take the form of being an outcast in my own school, which seems to be something that isn't talked about much among people these days. When most people think of bullying they think of being mocked relentlessly and laughed at by other students, but when they think of exclusion they often blame the victim and write it off as them being too shy or introverted to talk to others.

For me, simply, I was cast out of my friend group by someone who I later found out was a sociopath. He fit the definition perfectly but I didn't see the red flags when we were friends. I thought he was someone I could trust. I looked up to him a lot and he often helped me when I needed it...until he didn't need me anymore, that is.

This friend used me to get to a girl he liked, who was one of my friends at the time. She rejected him and he reacted by breaking up the friend group. My other friends split off and I was all alone. None of them would talk to me anymore, and the guy who left the friend group said rude things to me and said he didn't want to be my friend. I think he was upset because even though he used me he couldn't get what he wanted. Anyway, I remember staring at him with tears in my eyes as he said all these cruel things, watching as his friends who had also once been close to me all took his side. Then I was alone.

After my friend group back up I still tried being kind to the mean guy and his friends. We wereput together for a semester long group project and I was hoping we would be able to bond. Instead I had been cast to the side and treated like garbage. At one point I injured my hip and couldn't make it to class and was called "lazy" and "unproductive" despite not being able to walk. They would always gather around and talk but would become quiet or leave me out when I got there. I was depressed and unsure of what to do, wondering why these people disliked me so much. It got to me so bad that I had an anxiety attack right before going to that class. When asked to meet them in person to help record a video in subzero temperatures, I simply refused and told them how I felt about how they treated me. They only talked to me for the sake of the project, only to ignore me if I tried being friendly with them, even after school hours. I wanted friends. This only made them treat me worse.

Pain at being excluded hurt me for many days, making my life a miserable hell. I hated the feeling of being left out when I saw groups of people talking. I never knew what made them hate me and I often hated myself for that. To this day I do not understand what they found was so annoying about my mere presence. I tried being kind and helpful, only to be shoved aside until I was needed for a school project. After crying myself to sleep every night I finally confided in my parents. I told them what happened and my father ended up calling the school and making it so I didn't have to sit through that class, watching everyone fool around and get to have fun while I slaved away on their behalf, just once wanting them to turn my way and include me in anything unrelated to the project. Even when I talked to them about it they would turn on me, leaving me to ponder why everyone hated me so much.

Once I was out of that class my mental health slowly began to improve, though I still felt the ache of seclusion due to being excluded from that group. I told my guidance counsellor but she told me that being left out was not a form of bullying, and that to be bullied I would need to face constant harassment that would damage me as a person. But being left out did damage me as a person. I felt humilated and in pain from it every day, but nobody would lift a finger to help me in school.

I hated being told that my feelings weren't valid, or that I needed to "try harder" to make friends even though I put myself out there every day. I would've given those people the shirt off my back if they had just been kind to me. The pain of being alone got to me, so I ended up doing research of my own to figure out why it bothered me so much. I mean, surely I was overreacting like everyone said, right? Surely an introvert like me should just be able to be alone and enjoy it, right?

Wrong. Through my findings I discovered that being excluded could lead to mental health problems in many individuals, especially teenagers who are often pressured into having friends because everyone else around them has a plethora of them. Being excluded from social groups can lead to self esteem issues as well as feelings of worthlessness. Humans crave affection and approval from other humans, and it is only natural for us to seek out friendship for our own good. Lack of companionship can lead to severe consequences later on in life, and can leave one feeling worse for the weather. Everyone deserves friends.

People need people. Remember that before you leave the "weird kid" out of your actvities. They deserve to have friends as much as you, and robbing them of that need could have dire consequences. 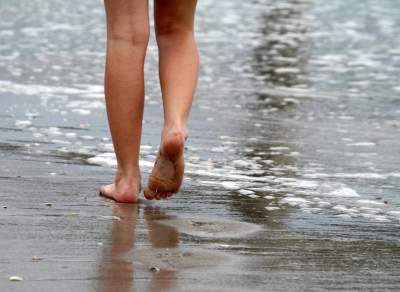 Another word for being socially rejected is ostracized.