Chapter 1
“James, do you think that Serious Black is watching Harry for us?”
“I don’t know maybe Lily, I mean it has been 21 years since we last saw him.”

The Potters left for platform nine and three quarters. They met Ron, Hermoine, and Rose when they arrived. The kids took off to go have some fun before the train leaves. Harry’s scar starts to burn but he ignores it. Suddenly He-Who-Can’t-Be-Named appeared to finish off Harry for good.

“Harry get the kids, we’ll keep him distracted.”

Harry went to get the kids, when he did they begged him not to go. He tried to tell them that their parents were in danger and he needed to help them. They wouldn’t let him leave, so finally they watched as Harry fought to protect them. After the fight was over Lily went over to tell them that someone was here to talk to them. They all went to see who it was.

“Who are you, what do you want?”
“Don’t tell me that you forgot about me already.”
“Professor is that you?”
“Yes Ronald it is.”
“Dumbledore oh it is so good to see you.”
The kids got onto the train and Serious came into the room that they were in. Their parents and Dumbledore were on their way to Harry’s and Ginny’s house to talk over tea. On the way out of the train they met Hagrid who is the grounds keeper at Hogwarts.
"Hi ya kids, it seems like just yesterday that your parents started school here."
"Hey Lily watch out for Snape and Malfoy."
"Oh I will, I'm not scared of Snape or Malfoy."
"Albus come on don't be a scaredy cat. We don't have all night." 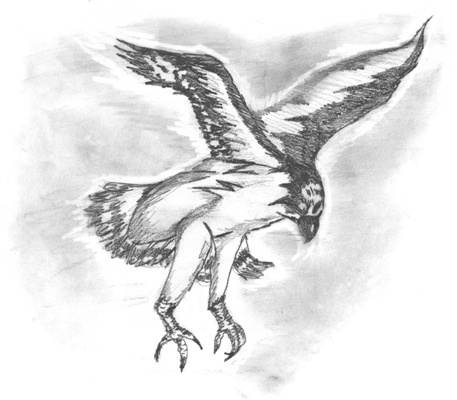 The author's comments:
This is just a little something that I've been working on.I was inspired by my friend Julie to start this story so this is just the first chapter of the story. I hope that this will show you that if you work together you can do anything.
Post a comment
Submit your own

Favorite Quote:
Your face hurts my eyeballs- My best friend

This article has 57 comments.

Favorite Quote:
"The way I see it, if you want the rainbow, you gotta put up with the rain." - Dolly Parton
" Balance your life with spiritual experiences that remind and prepare you for continued, daily ministering to others." - M. Russell Ballard
"Love is expressed in a smile, a wave, a kind comment, a compliment." - Thomas S. Monson

Favorite Quote:
And one day, the girl with the books became the woman writing them.

View profile
I couldn't really understand what was happening in this story, mostly because half of the characters are not alive. If this is only the first chapter than there's way too much happening. I still like it because it's impossible for me to dislike anything to do with Harry Potter, but it could use a little work. It's a good start! Maybe you should reread the books just to refresh yourself before you try to write any more.
SparrowSun ELITE said...
on Oct. 30 2020 at 10:47 am
SparrowSun ELITE, X, Vermont
200 articles 23 photos 1052 comments

View profile
that was all over the place
drarry_08 said...
on Sep. 10 2020 at 7:09 am
drarry_08, Allerton Bywater, Other
0 articles 0 photos 3 comments
View profile
okay I'm not hating BUT I hate hinny and anything to do with GINNY WEASLEY she's a brat in my opinion and can I just say that she doesn't deserve harry only Draco does. She just wants harry for his fame because if you remember in chamber of secrets she's like O M G YOuR HaRrY PoTtEr like DUH
I'm just bias and I don't careeeeeeeee
But this is only my opinion

Favorite Quote:
"Happiness can be found in the darkest of places, but only if one remembers to turn on the light."
Albus Dumbledore

View profile
Sorry, but 98% of the characters in this wouldn't be born yet or they would be dead... I'm not entirely sure if you finished the series or not. Better luck next time!
Terilyn Martin BRONZE said...
on Apr. 5 2017 at 5:30 pm
Terilyn Martin BRONZE, Levittown, Pennsylvania
3 articles 2 photos 3 comments
View profile
I was a little confused too but if you need any help I'm here
TikiTobi PLATINUM said...
on Mar. 17 2016 at 11:17 am
TikiTobi PLATINUM, Traverse City, Michigan
20 articles 1 photo 36 comments

Favorite Quote:
I got a ton of work to do. A SKELEton.
I need to put a little more BackBONE into it.
I deserve PUNishment.
Nyeh heh heh!

Favorite Quote:
"Nothing is impossible. The word itself says 'I'm Possible'"

View profile
I agree. You have some great potential, don't let these comments get in your way. Just keep working on it and maybe have some friends proofread it for grammar and stuff. I often find that I think my writing makes sense, but then my friends point out lots of mistakes. Ignore the rude comments and just look at the suggestions. Just don't lose hope!
freeday15 GOLD said...
on Apr. 5 2014 at 5:31 pm
freeday15 GOLD, Paramus, New Jersey
18 articles 0 photos 62 comments

Favorite Quote:
"Love is Blind" i truly believe in this it is in all of my pieces, and if u read between the lines then u will find it there...

Favorite Quote:
Time is a slut. She screws everybody. - John Green, The Fault in our Stars

Favorite Quote:
Time is a slut. She screws everybody. - John Green, The Fault in our Stars

View profile
How can you have Voldomort come back to light without even explaining it?!?!?!? Come on. He's dead. Atlest come up with a new villan.
GreekGoddess BRONZE said...
on Feb. 23 2013 at 12:51 pm
GreekGoddess BRONZE, Andover, Connecticut
3 articles 0 photos 182 comments

Favorite Quote:
"The unprepared rebel dies in the fire."
~unknown

View profile
Oh and I understood that some of the names in this were actually the kids, but you might want to make that more specfic.
GreekGoddess BRONZE said...
on Feb. 23 2013 at 12:47 pm
GreekGoddess BRONZE, Andover, Connecticut
3 articles 0 photos 182 comments

Favorite Quote:
"The unprepared rebel dies in the fire."
~unknown

View profile
Okay so at first I thought you were in the train station of Harry's dream and they were watching over Harry and his kids. Then you simply confused me. Everything seemed rushed like you were writing it in only an hour or something. This has a really good idea i think, but right now it is only an outline. You need to specifiy who is talking for one.  Also explain what is happening, don't just have it happen. This could be really good, don't give up!
AmethystSparx BRONZE said...
on Jan. 10 2013 at 6:37 pm
AmethystSparx BRONZE, Liberty, Missouri
1 article 1 photo 3 comments
View profile
The was completely messed up. Dumbledore and Harry's parents ar dead. It makes no sense.
J1029 SILVER said...
on Jun. 4 2012 at 11:28 am
J1029 SILVER, Tampa, Florida
5 articles 0 photos 73 comments

View profile
I didn't like it. It made no sense. Voldemort was dead and the plot was out there. Don't give up on writing just work out the major details.
Anni45 BRONZE said...
on Jun. 2 2012 at 11:03 pm
Anni45 BRONZE, Saint Paul, Minnesota
3 articles 0 photos 6 comments
View profile
I don't understand it. How can James and Lily be alive, and Harry and Ginny are married and have kids already? I think if you were going to write it like that you would write a part of it that is transitioning, like "5 years later" because then it might not be as confusing.
JustALittleBitOfMe BRONZE said...
on May. 31 2012 at 11:19 am
JustALittleBitOfMe BRONZE, Hampshire, Other
3 articles 2 photos 1 comment

Favorite Quote:
"Life's a b*tch and so am I"

View profile
I really dont get this. The plot of the story is rash and i dont think you thought about this before you wrote it. Better luck next time.
MollyEB SILVER said...
on Apr. 12 2012 at 12:49 pm
MollyEB SILVER, Scotch Plains, New Jersey
5 articles 0 photos 21 comments
View profile
lily ( harrys mom) has to be dead or else harry wouldnt have the protection of the love to be survive and also so many other people in this are dead!