What You Need to Know About Affirmative Action | Teen Ink

What You Need to Know About Affirmative Action

DEFINITION: Affirmative action, pertaining to the college decision-making process, is the policy that allows for colleges to consider the race of applicants and favor groups that have been historically discriminated against. The aim of affirmative action is to reduce present or past discrimination. The definition for affirmative action is oftentimes vague, as the college admissions process is often very secretive. However, over time, through cases and trials, the influence of affirmative action in colleges has been reduced and narrowed, only affecting a college's “holistic review” of an applicant for the goal of increasing diversity. There are certain untrue misconceptions that are prevalent, including the idea that a college accepts only a certain number of applicants of each race, gives extra points to certain minorities, or has a quota (the quota was ruled unconstitutional in 2003). For overapplied public schools, one’s race is not allowed to be used as a “tiebreaker.”

ARGUMENTS AGAINST: One consistent argument often brought up as evidence against affirmative action is that it harms Asian American applicants. A statistic often cited in support of this is a study done by Thomas Espenshade in the book No Longer Separate, Not Yet Equal, where it showed that Asian American students needed to score higher on the SAT to be admitted to the same colleges when compared to other races such as Black and Hispanic. This study, conducted during the 1980s and 1990s on ten colleges, accounted for socioeconomic status and equalized other factors to isolate the variable of race.

Another argument, called the mismatch hypothesis, is the notion that affirmative action actually harms minority groups such as Hispanics and Blacks. The idea is that minority groups accepted are generally not as competent as the other groups beside them because there was a lower bar for their acceptance. This, in turn, causes these students to lag and fall behind in their classes, which leads to a higher dropout rate and an overall unfitting environment for minority groups. Professor Richard H. Sander of UCLA found in 2004 that black students of UCLA School of Law graduated at 41%, while white students graduated at 73% (he would later develop a socioeconomically-based affirmative action policy for the school).

Opponents have also pointed out the seeming contradiction between fighting discrimination with discrimination itself. This policy seems to further exaggerate the problem it advocates solving. In addition, people do not know whether or not diversity has really increased in universities that have adopted affirmative action. If the policy doesn’t solve the problem it is intended to in the first place, then it is essentially useless.

Finally, some say that affirmative action does not address the root problems of discrimination. It may relieve the symptoms, but the cause will still persist if not given attention. Colleges and other organizations then should spend more time addressing the root problem of racism.

ARGUMENTS FOR: In the book No Longer Separate, Not Yet Equal, the authors themselves state that the study conducted is not enough to conclude that affirmative action promotes discrimination against certain races such as Asian Americans. In addition, the book found that there is a lack of minority representatives in the university student body compared to the percentage found in the general population, and affirmative action addresses this issue. Other alternative solutions fail or do not address as successfully the issue of diversity compared to affirmative action policies.

Furthermore, when referring to Asian Americans, supporters mention that it is important to note that many cultural groups make up the idea of Asian Americans. Opponents of affirmative action tend to perpetuate the model minority myth, claiming that, generally, Asian Americans are good and upstanding students.

The mismatch hypothesis, although seemingly logical, generally does not hold up statistically. In the book Crossing the Finish Line: Completing College at America’s Public Universities, it found that Graduation rates, even among minorities, are higher in private and more competitive institutions compared to slower-paced universities even assuming the minorities may be more unprepared. When comparing similar students academically, the ones who went to the more selective schools generally had a higher graduation rate. In the university report Mobility Report Cards: The Role of Colleges in Intergenerational Mobility, Minorities attending private colleges also have a higher chance of being financially successful compared to their public college-attending counterparts and have a much higher chance of making it to the top 1% of salary-earners. This means that even with affirmative action, minority students who are getting into the more selective colleges are just as qualified to attend like everyone else. Overall, it seems that attending a more competitive college does help people, in general, earn a higher salary and obtain a degree.

Finally, it is important to point out what is the root problem or underlying cause of discrimination. This might be poverty and wealth inequality, or racism itself. Either way, affirmative action seems to address both issues. Minority students are left better off financially in the long run when attending better colleges, which in turn leads to a more positive view of these minority groups and decreases racism.

CONCLUSION: In summary, it is important to mention again that affirmative action is part of a college’s “holistic view” of applicants. This means that it is a factor used more to understand an applicant and less to determine their qualifications. The consideration of race, in colleges at least, is less to give preference to minorities as it is to provide context for an applicant’s life, just like how universities would like to know an applicant’s family income. It likely has very little influence in determining the competence of an applicant but can help admission officers better understand one. Affirmative action in colleges is not perfect, however, and does not fully solve discrimination and other racial issues present today. It is important to always be skeptical and question policies in order to refine and improve them. 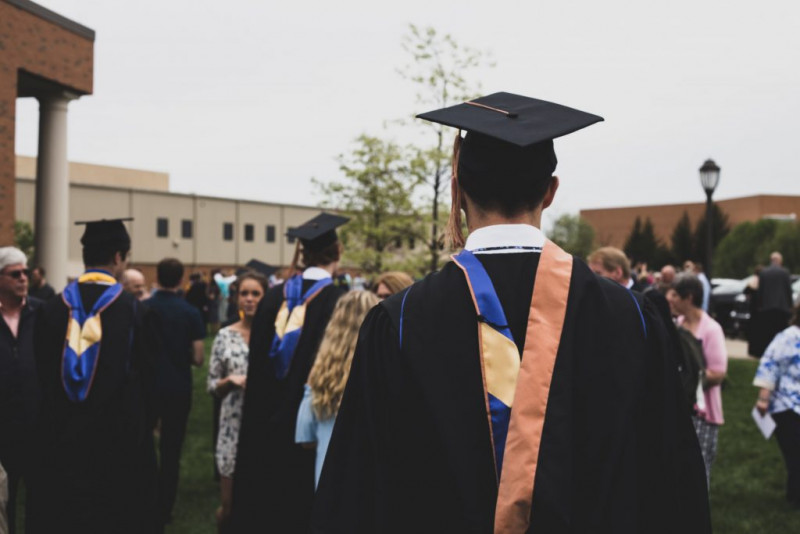