24: Who Needs a Movie Theater?

The next time you are interested in going to the movie theater to pay $8 for an action movie, stop and turn on the television. 24, which is aired on Fox, is one of America’s hottest primetime shows, and is all about the action and suspense most often seen in theaters. With the show’s first episode airing in 2001, 24 quickly grabbed the public’s attention due to its unique progression of the story. 24, unlike other shows currently being aired, occurs in real time which keeps the chronology of events easy to understand, and more enjoyable to follow. 24 is based on the unconventional, and often controversial actions of Counter Terrorist Unit agent Jack Bauer (Kiefer Sutherland). The show also switches to other characters point of views, which plays an important role in the show, as webs of deceit and hidden agendas are slowly uncovered throughout the season. 24 has also received 2 Golden Globes and 38 wins in various award catergories.
The show’s real-time representation can be a turn-off for some viewers who are used to the time lapses currently being employed on most television shows, but it is not a reason to not try and see if you like it. 24 takes place over a total of 24 episodes spanning 24 hours, thus identifying the name of the show’s origin. Each episode of this show is packed with action and is in my opinion ended with a very climactic ending. These aspects of 24 had me hooked from season one, as I followed the story of Jack Bauer and his efforts to protect America from harm.
Jack Bauer (Kiefer Sutherland) is the main focus of the show’s shifting viewpoints of characters. Kiefer Sutherland is perfect for the role of a rough and devoted government agent and plays his part excellently. Sutherland takes the audience on an action packed joyride as he battles terrorists, by all means necessary, in each episode. I have yet to watch an episode of 24 in which I was not on the edge of my seat, contemplating what will happen next.
24 has received both positive and negative reviews from critics due to its portrayal of torture as a necessary and important aspect of law enforcement. My opinion is that honestly, it’s a television show! If you are highly opposed to torture than you have every right not to watch this show. Just be aware that this aspect of the show fully immerses you in the desperation of thwarting a terrorist attack. When it all comes down to it, I believe that this is a “necessary evil” in this show and makes the plotline more realistic. Who would honestly believe that a terrorist willing to kill innocent people, is going to give up information by being asked nicely?
I wholeheartedly recommend 24 to anyone interested in action and suspense. 24 delivers what is seen today solely in movie theaters, and keeps the suspense running high through each episode of Jack Bauer’s adventures. As the show is in its seventh season, there are 149 episodes plus a television movie too caught up on. But that number should make newcomers happy, seeing that each episode is such a joy to watch. I offer only one recommendation to those who I have enticed to watch: start watching at the beginning of the season, as there will be many events that have already occurred which play a major role in upcoming episodes. 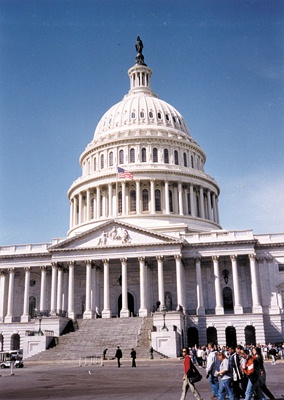 The author's comments:
It is my sincere hope that I can share my love of this great show with all of you. A friend mentioned it to me and after watching the first episode, i could not stop! I am not asking you to force yourself to watch it, rather to simply give it a shot and if you enjoy it, I feel that my work is done.
Post a comment
Submit your own

Debtman said...
on Feb. 11 2009 at 3:35 am
Very good review. Honest and straightforward -- You let the reader know how you feel fairly early on, and even give a nod to the reasons why someone may be turned off by the show. That shows a very balanced writing style. I'd try to give more examples to support your points of view, though. Facts are stubborn things, and your conclusions are always easier to back up if you use more support from the show.
<3life,love,dance<3 said...
on Feb. 11 2009 at 2:15 am
You wrote a very good article and I can see where you form your opinions, but I feel that this show is too violent for people to watch on tv. Torture is wrong and shouldn't be shown on tv, even if it is "necessary". It violates human rights and is completely immoral. I have seen one episode though and do agree with you that the continous time is an interesting thing that makes the show more dramatic. I also agree with you that although extremely violent, it is very action packed and would keep the violence seeking entertained. Although I disagree with some of your opinions, I believe that this article is very well written and presents your argument beautifully.
sportsfAN2237841 said...
on Feb. 10 2009 at 3:30 am
So true! I love this show and people bash it without even giving it a shot. I got my friends hooked on 24, and I hope you get some people to enjoy it with us also. Jack Bauer RULES!!!
snow said...
on Feb. 10 2009 at 3:24 am
nice job tyler