Favorite Quote:
"and all you f***ers go beep beep beep in cheap,plastic cars. If It's to dumb to see or say you'll still sing it, and I'll just cue the applause" - Marilyn Manson

Starting early on with the auditions this year, i saw a very great amount of talent making it through, this got me excited for what i thought was going to be another exciting season of my favorite show... I was wrong.

After Hollywood Rounds the top 12 was chosen. Didi, Tim, Siobhan,Mike,Casey,Andrew,Aaron,Lee,Crystal,Lacey,Katie, and Paige. A Pretty good group.

The obvious Lacey, and Paige were eliminated early. Leaving it down to the top ten, a very talented group of artists.

Idol continued on, and with a big shocker, front runner Michael Lynche was eliminated, but saved by the judges (A waste of a save in my opinion)

Idol went on, to the Idol gives back show, where all of the Idols did inspirational music as well as Idol raising money for many different charities, raising over 100 million dollars.

From there, Idol went straight downhill. At this point the saved Michael Lynche was in the bottom three every week straight, yet still being able to squeeze his way through to the next round.

That's when it happened, The biggest Shocker of this season. Siobhan Magnus, famous for her Adam Lambert like shrieks was in the bottom three, along with Michael. Siobhan was eliminated, after only appearing in the bottom three once before, as opposed to Michael who had a bottom three stool with his name on it by now.

The very next week, the youngest of the Idols, and another fan favorite Aaron Kelly was eliminated, and You would never guess who shared the bottom spot with him, that's right, big Michael Lynche.

Finally, after five weeks of making it by the skin of his teeth, Michael Lynche was eliminated, leaving you with your top three. The obvious front runner, Crystal Bowersox. The rock and roll stud, Casey James, and finally the underdog, Lee Dewyze.

This season Idol has been losing ratings faster than ever. With Paula Abdul gone, and Ellen Degeneras taking her place, I think the Idol fans have begun to miss the bubbly sweet hearted Judge we once loved to watch every Tuesday and Wednesday.

Simon doesn't even seem interested this year, and despite what most think, Simon has a big impact on the viewers, and when he doesn't care, neither does America.

Idol has had some amazing guests on the show like Lady Gaga, Adam Lambert, Shania Twain, Jon Bon Jovie, Daughtry, Avril Lavegne, and Joe Jonas... This still has not affected ratings in a positive way at all.

Many Idols viewers are declaring this season their final season, and with that i say That my big to win the title is Crystal Bowersox. She really isn't my style, but she has talent, and people obviously like her as she has been in the bottom three only once to date.

If American Idol wants to return to the success it once had, it needs to do some major revamping, otherwise, things will just keep going downhill. 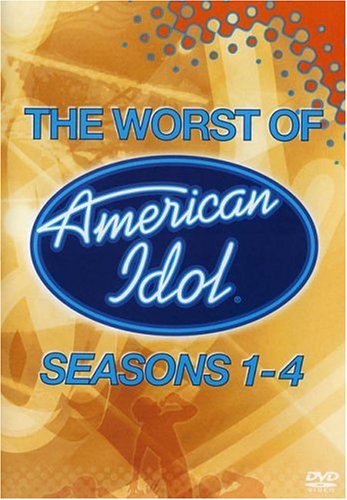 Favorite Quote:
"You have to consider the possibility that God does not like you" Tyler Durden Fight Club

Favorite Quote:
There is a natural law in life to settle.....I broke that law ~Katherine Hepburn
Love, Is the severest of mental diseases~U.K.
Spinning always spinning....when life puts me down I'll give you a call~respecturself7

View profile
Very good review, now I don't feel so bad about missing this season. I been watching a lot of Americas got talent. I love the variety on the show and I don't think there's a single judge I dislike, unlike on American Idol.
Lalalovable SILVER said...
on Jun. 17 2010 at 11:29 am
Lalalovable SILVER, Antioch, California
7 articles 1 photo 50 comments
View profile
This was really good review with great detail. Personally I think American Idol is pretty boring these days! Great work:)