He melted hearts with his phenomenal singing voice on American Idol. He’s released his debut single “Crush”, and has made girls faint, weep, and screech on the Idol tour. Now he’s returned with his self-titled, debut album, “David Archuleta.”

I’ve heard people snickering, “American Idol is overrated. Not to mention rigged!” I cannot guarantee if it’s rigged or not, but American Idol was created to fulfill the dreams of undiscovered, young singers, and that is precisely what they intended, and later fulfilled for an aspiring teenage singer from Utah. His name is David James Archuleta.

I’ve always thought of started a CD with a single or a hit was cliché, stereotypical, not to mention misleading, but contrary to other house-hold albums on the market, Archuleta is simply familiarizing fans to his post-Idol style. “Crush” was the first track I heard blaring through my speakers in my first listening. I felt familiar with it. As the CD resumed, I knew a few more.

When I listen to music, I envision a skit representing each song. To my annoyance, I sometimes cannot do that, due to the artist’s lack of expression. With this album, I imagined vivid heartbreaks and descriptive scenes for falling in love. His voice is pitch-perfect and full of exclusive emotions, such as love, despair, giddy, confusion, and morbid. In “You Can,” he sings of someone that makes the impossible seem perfectly possible. He sings, “If anyone can make me fall in love, you can.” During “Your Eyes Don’t Lie,” he sings of someone he broke up with that accordingly, still has feelings for him with lyrics and an awesomely experimented beat that goes, “I can see it in your eyes, you feel the same about us as I…”

The last track was “Angels.” This is not an original song, yet he pulled it off by making minor tweaks. This beat basically summed up the album because metaphorically, it was a medley of the album with a slow-again fast-again tempo. It explained the kind of musician he was showing the world he was. David is the type of musician that innovates and experiments with songs. 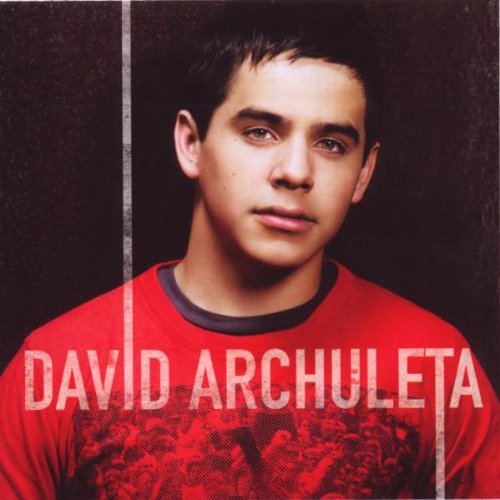 
Buy from Amazon Available on iTunes
The author's comments:
Go Team Archie!
Post a comment
Submit your own