Modern Minds and Pastimes by The Click Five | Teen Ink

"Modern Minds and Pastimes" is the epic 2007 release from pop band The Click Five. But with this album, these guys show that they're much more than just pop stars. "Flipside" starts the record off with a very infectious beat that has a pop/rock tone with a techno feel underlining all of these elements. "Jenny" slows things down just a little to create a great, danceable power ballad. "Happy Birthday" starts off with a nice, soft guitar and really shows off the band's talents in the lyric department; not to mention that you'll have this song stuck in your head forever. "Addicted to Me" starts off with a very techno-ish beat then adds a light rock touch to create a really nice 1980's feel. This song also showcases how creative they are lyrically when it comes to explaining broken relationships. "I'm Getting Over You" is another great power ballad on this album with a great, hopeful feel to underline the soft rock beat. With great lyrics and a catchy tune, this is a song that you'll never forget. "When I'm Gone" really shows that these pop stars can totally rock out. Leaving out the pop and techno influences really make this song a true rock hit. With an amazing guitar solo with drums in the background and very creative lyric rhyming, you'll wanna play this song over and over. "Headlight Disco" brings back the sounds of their techno influences. With a good feel, a 1970's beat, and fun lyrics, this is the perfect song for prom. "The Reason Why" brings heart-grabbing beats with a soft rock feel that comes with wonderful piano playing that brings all of these sounds together ever so perfectly. With an epic bridge, it's another great hit off of this album. "All I Need is You" is a pop/rock driven song with a very uplifting feel to it that makes it a great sing-a-long. "Long Way to Go" has a really great rock and roll flavor and a great bridge which makes it an awesome song to just rock out to. "Mary Jane" slows things down to make a high flying ballad with lyrics that take you through a story about how people change and how those changes make relationships with other people even harder. "Empty" slows things down even more to create a ballad that's even more awesome with it's completely creative lyrics and a terrifically heart-grabbing ending. Bottom line: The Click five brings it all to the table with this album. With the mix of pop, techno, and rock, these guys have created a sound that's uniquely all their own, and they show the world that they can rock as hard as they can pop. Whether you like country, folk, pop, rock, or dance, there's just no way that you can resist this album. It's the perfect addition to any collection. Enjoy! 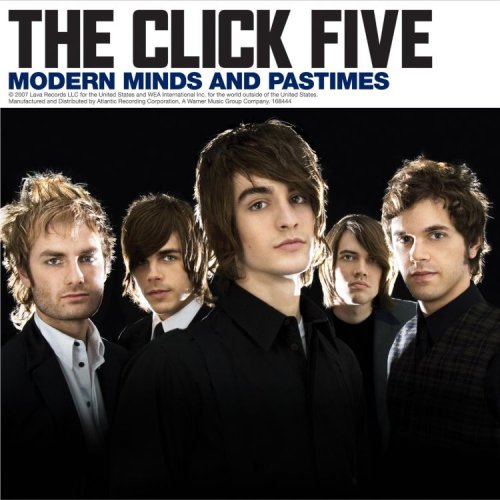