While I’m all for a good comedy, I hate one that wastes its potential. I mean, I suppose I feel that way about any movie, regardless of trope or genre, but when you get both Kevin Hart and Ken Jeong into a movie, it’s up to the writer, director, and producers to get it right! Unfortunately for Ride Along 2, it missed the mark.

The movie opens up with the duo of Detective James Payton (Ice Cube) and rookie cop Ben Barber (Hart) working undercover to try and bust one of Atlanta’s biggest drug dealers, Troy (Glen Powell). However, in typical screwball fashion, Ben manages to blow their cover. In the chase that follows, Troy finds himself hurled off a parking garage. As James goes to arrest him, he finds a flash drive disguised as a necklace on the criminal. Investigating the flash drive at police headquarters, the department is able to trace it to a hacker based out of Miami. James is authorized to go to Miami to find the hacker, and initially decides not to take Ben because he is only a rookie. Even though he is set to marry his fiancée (Tika Sumpter) in about a week, Ben still desperately wants to go to Miami to prove himself as a cop. He eventually manages to convince James to bring him along.

Once in Miami, the two acquaint themselves with the Miami Police Department, with one particularly aggressive cop (Olivia Munn) serving as their contact while in the city. Quickly getting to work, Ben and James find the hacker, AJ (Jeong) and convince him to help them figure out the bigger picture. AJ admits that he was working for one of the biggest kingpins in the South. AJ, Ben, James, and all of the MPD then eventually team up to give their best efforts at taking down AJ’s former boss.

While it’s easy to cop out (pun intended) and say that the buddy cop genre of films has long exhausted itself into cliché, the (relatively) recent success of movies like The Other Guys (2010) and 21 Jump Street (2012) says otherwise. The main problem that reared its head again and again in Ride Along 2 (and to a lesser extent in the first Ride Along) is the writing. Puns, quips, and jokes all throughout just seem to take too long to set up and when they finally do reach the punch they simply aren’t funny. Granted, all of the actors do their best to pull through, but they seem constricted by the writing and PG-13 rating.

My other qualm is with Hart’s general characterization in the movie, though I have had this problem in his other films as well. Throughout, his character of Ben seems to be a continuously obnoxious, high-pitched, unmanly goof, and it is overdone to the point of annoyingness. I give credit to him for his general acting and timing ability (both crucial parts of the job) but in becoming Officer Ben Barber he more often than not passes from the phase of lovable screw-up to whiney wuss. In all, he becomes by and large not only unlikable to the audience, but unsympathetic, and that proves the icing on the cake.

While occasionally breaking a good gag or two and with strong acting across the board, Ride Along 2 doesn’t even scrape the lukewarm “success” that its predecessor received. While a good option if you’ve got a couple bucks to burn and literally want to see none of the better options at the theater, most will be well served by waiting till this one hits Netflix. 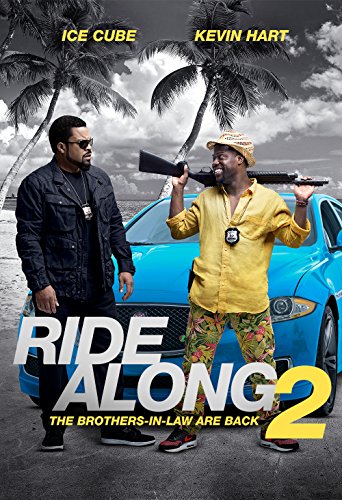 Went to see this with some friends the other night and can't say I was too impressed. If you're planning on going to the movies, there's better options out there, trust me.