The critically acclaimed, “Warm Bodies” is a movie to be seen. At first, most people might think that it's just like “Twilight.” Well, it is in a way, but it gets better. It starts off as R (Nicholas Hoult), a mindless zombie, waddles around the airport, chatting with his buddy, M (Rob Corddry) with occasional grunts and moans. R then wanders into an unfamiliar part of the airport. During a mission to recover medical supplies, Julie Grigio (Teresa Palmer), a human, and her friends encounter R and his zombie buddies. Go figure! R is hypnotized by the beautiful and sassy Julie.

“Warm Bodies” delivers an action-packed film loaded with raunchy humor and romance. Based on the novel by Isaac Marion, this adaptation is ­brilliant.

I would say those of all ages should check it out, but beware: Don't ever fall in love with a zombie. Of corpse it's not going to work out. But if you're a zombie, well I&#39d say the same thing. Call me for love tips. I have you covered. 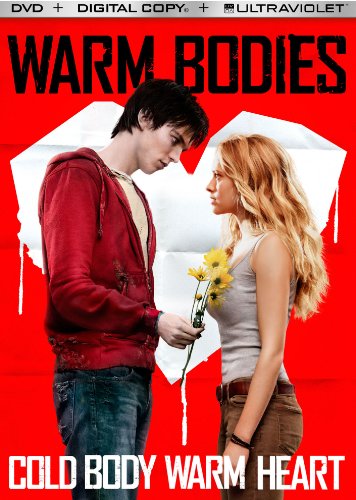 Favorite Quote:
LOOK AT MY PROFILE. DO IT.

View profile
This review is very amusing and well done! I can not write reviews for the life of me, so I think this one is extraordinary. Great job!
TheNamesBond....JamesBond BRONZE said...
on Feb. 23 2013 at 9:58 pm
TheNamesBond....JamesBond BRONZE, Galloway, New Jersey
1 article 4 photos 12 comments
View profile
Thanks! I really aprreciate it
ILUVBOOKS'N'MOVIES said...
on Feb. 20 2013 at 11:35 am
i loved that reveiw, it is written in a way that makes suspense build up in everyone!!! i havent watched the movie so this encourages me to do so.... anyway i wish it is as good as you say so and love this humorous part you wrote at the end...;) GOOD JOB