Favorite Quote:
"All we have to decide is what to do with the time that is given to us"
-Lord of the Rings

There are certain stories that will always be timeless, compelling, and very much needed within the confines of any society and any time period. Such stories may be loved, and my be hated but are needed none the less. One story that falls within the confines of this classification is The Help. And lucky for it, it is very much loved, with an avid following.

The Help is a novel, published in the early 2000?s, which has now been transformed into a movie. The basic storyline is set with the all to looming background of the civil rights movement in the south. The main character in the movie is, Skeeter, a young southern white girl who recently graduated from college in the early 1960?s with a degree in journalism, and who is simply itching to make a difference in the world, outside of her anonymous household tips column at the local Jackson Journal newspaper. As the story develops, Skeeter first hand witnesses the cruelty of her upper class white friends, and even family, towards their hired African-American help. So Skeeter decides in a daring move to write a book, revealing such cruelties based on firsthand interviews with the African American’s who are being mistreated, and eventually publishes this novel anonymously, yet it still produces in uprising within her own town, leaving you somewhat hanging. The end of the the film is complete though, in that you are left with a sense of hope in the change that is yet to come.

Being a 180 minute film, it is not completely surprising that certain aspects of the plotline could have been left out and still have produced the same product. But yet, there were truly no dull points or nap-time moments. There is something to be said though, in movies that are shorter, yet still have the ability to stir the same emotions and outcome. It just shows a level of mastery by the writers and editors of the film, and sadly, here that was not accomplished. Also, with a period film it would have been nice to have seen more attention to the costumes but frankly they were slightly dull and not extremely exciting. And the score of the film was not notable in the slightest.

That being said, the acting of the film did surprise me. The Lindsay Lohan look alike, Emma Stone who played Skeeter, has been known for her teen bopper rolls, and happy go lucky comedy films. It was nice for once, to actually see her in a serious role (and not just that) to actually see her succeed in a serious roll. Mind you, it wasn’t an Oscar worthy performance but for Stone, it was most definitely a break through role. The actress who impressed me the most though, turned out to be Viola Davis, in her role Aibileen Clark, one of the numerous Help’s who is the first to dare an interview with Skeeter, about the harsh realities of the town of Jackson. Davis simply had a connection with the character that could be felt throughout the movie, which in turn gave the viewer a connection with the character, which in the end simply moved everyone in the theatre to tears. All the other actors within the film as well, surprisingly over rode expectations, presenting a depth much farther then I expected going in. The general skeleton of the plotline was flawless (although it did possess some extra fluff that was not needed).

Overall, The Help provided a fresh element and skeleton to a sometimes seemingly cliche plotline. It could have fallen into line with many other films similar to itself within the basic elements, but it did not and instead, soared above many films similar to it’s making. Yes, the plotline did have some extra fluff, and yes the costumes and the score were somewhat unimpressive, but in the end the tremendous and unexpected acting throughout the film, gave an overlaying connection of the viewer with the film, and thus it will not be soon forgotten. 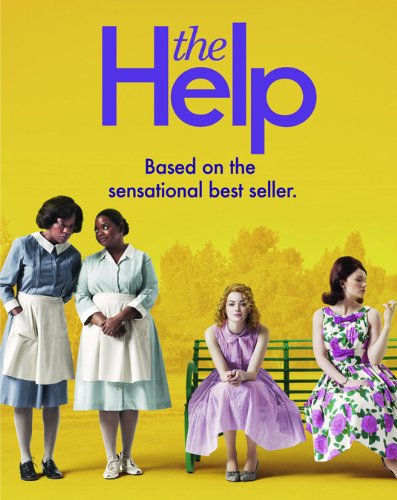