Synopsis
The toys are at it again, 11 years in the making.

This time though, Andy is going to college. Without the toys (Much to their disappointment.) . So they are donated to a daycare center.

Everything at first seems like a retirement place for old toys. But, as they find out, the daycare isn’t all fun and games.

Script
Like in most Disney/Pixar movies, there is always a moral to the story. Heck, the youth group pastor at my church uses examples from Pixar films a lot.

The main moral I noticed was that not all Utopias are actually Utopias. Think along the lines of the epic poem Paradise Lost and Ayn Rand’s Atlas Shrugged.
The plot is simplistic, yet brilliant in the way that the plot is conveyed. It moves along with speed, never slows down.
The dialogue is full of witty humor. No fart jokes here, unlike those films by rival DreamWorks. It has jokes everyone; any age can laugh at, without crude innuendo.
But, the movie shouldn’t be watched by anyone under five. A three year old screamed in my ear at the mild peril.

Camera Work
It’s quite possible this film is the best looking Pixar movie to date. Pixar will have a hard time topping Toy Story 3.

Final Words
This is on my list of best movies. And if you see it I hope you’ll enjoy it. I give the film 10 points out of 10. 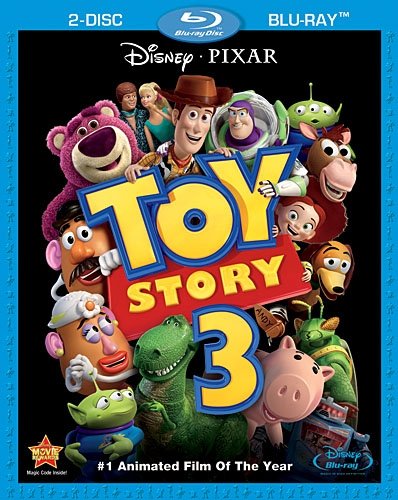 Realjay41 DIAMOND said...
on Aug. 4 2017 at 7:00 am
Realjay41 DIAMOND, Culpeper , Virginia
81 articles 1 photo 91 comments
View profile
I saw it and it's good. There is the scary part of the dump. I hated how the leader of the daycare left Woody and his friends to be taken to the melter.