'Top Gun: Maverick': Confronting the Past

Top Gun: Maverick, which released on Memorial Day weekend of this year, is the successor to the 80’s action/drama flick, Top Gun. Although it’s been two months now since its theatrical opening, the film has lost little momentum with movie-goers, as its revenue has recently soared above $1 billion (making it one of the highest grossing films domestically). Fans all over have been praising the film non-stop, and, from my anecdotal readings, many enjoyed the experience enough to warrant a repeat viewing (or two) at the cinema. It’s no secret at this point that Tom Cruise’s latest action-flick has struck a harmonious chord with audiences nation-wide. Yet, in an era of lackluster Hollywood blockbuster reboots with mixed audience receptions (such as the Star Wars or Jurassic Park sequel trilogies), how is it that Maverick – being a reboot itself – continues to garner such unanimous lauding from both critics and audiences alike?

One element of the film which I find is crucial to its success, is that it contains a self-awareness absent from other low-effort reboots. Being very much aware of its own standing, Maverick doesn’t appear to be trying a verbatim recapturing of the enticing magic its predecessor had. Whereas other sequels, such as Jurassic World: Dominion and Ghostbusters: Afterlife, present the mere appearance of originality in a new cast and different contexts, they both fall back into the safety net of easy, uninspired, and bland reprisals of old characters by their widely recognizable actors (A.K.A., “nostalgia-bait”). Evading this tactic, Maverick manages to craft a story that not only places its protagonist in fresh waters, and has legs of its own to stand on, but thereby feels self-aware of its own place in the current film industry.

The film follows captain Pete “Maverick” Mitchell, a graduate of the prestigious aviation school, Top Gun, who is now a seasoned fighter pilot with years of experience under his belt. Maverick isn’t given his code name for no reason however. In line with his moniker, Maverick is characterized as a hard-hitting big shot, who is accustomed with having the book thrown at him by higher ups after his frequent stints of insubordination. When approached with an obstacle, Maverick will vigorously push both himself and others to their limits in rising to the occasion, doing away with orthodox methods in the process. After being called back to the Top Gun school to mentor a class of graduates for a high-stakes mission, Maverick is met with perhaps his largest obstacle yet. But, with the years catching up to him, and his reputation amongst the naval officers dwindling, Maverick is looking at what is essentially his last big shot to make a real impact. Will the pressure of the circumstances overburden him, or will this old dog manage to teach some youngsters a couple of new tricks?

To delve into the plot a bit deeper (SPOILER WARNING), there’s a lot of interesting commentary in its deeper themes of redemption, reconciliation, and confrontation with the past. Present is a general theme of time, as the film takes place a full thirty years after Maverick’s graduation from Top Gun. Despite all of these elapsed years, and his accrued repertoire since then, Maverick has remained only a naval captain, even though he has the potential to swiftly rise through the ranks. This is through no one’s fault but his own, as Maverick intentionally stunts himself due to a love of the game; he wants to be on the front lines, in a plane, and ungrounded for all time. His home is in the sky.

Despite his ability to evade a promotion, Maverick is soon reminded of a painful history he can’t avoid. Though Maverick is witty, skilled, and hard-to-take down, he is plagued with his own regretful past, as one of the pilots he must train is the son of his late friend, codenamed Goose. Having been in a fighter jet with Goose prior to his passing (in the first film), Maverick takes on a bit of the guilt for his death, and the son, Rooster, harbors slight animosity towards Maverick for the same reason. Placed in a position to finally rectify the past, Maverick throws everything he’s got at the kid, looking to either make (thus, properly prepare him for the daunting mission ahead) or break him (thusly stop him from going on the mission and potentially dying the way his father did). Though Rooster’s constitution is anything but brittle, and he too has something to prove (whether to himself or the others around him). Initially butting heads, Maverick truly earns the admiration of Rooster after he takes the brunt of an enemy missile, and Rooster subsequently returns in kind, going back to save Maverick after being ordered to stand down. Just as Maverick does what he wishes he could have for Goose, Rooster does what his father would have for Maverick.

With prevalent themes of confronting the past and overcoming it to forge a better present and future, it appears that Top Gun: Maverick, is making an honest and dignified declaration of its own evolution. Whereas other franchise reboots seem never ending and are littered with cheap, low-effort, and nauseating cameos meant to shamelessly rip off the style of its forefathers, Maverick presents a new cast of characters and a fresh story to properly link original to sequel, past to present (symbiotically, not parasitically). Rather than sticking a needle into the corpse of its predecessor in order to attempt replicating the already successful formula, Maverick pays a reverent, proper homage to its ancestor. It does this by blending in the charming and memorable aspects of the original with something new and fresh. Departing from the dullness of other franchise revivals, the audience is not fed the same scenarios they are familiar with – only being given a new coat of paint –, but is gifted a plot which naturally progresses from the original and is capped off with heretofore unseen thrill-rides (non-CGI thrills at that). Hell, it even bends clichés, as when Maverick takes the brunt of a missile to save Rooster, Rooster actually goes back for him. In what is a slightly comedic moment, Maverick scolds Rooster, telling him that his sacrifice had been negated by Rooster’s return, almost frustrated that his good deed had been matched and his thunder stolen in a sense.

It's funny how this moment encapsulates the meaning of the film overall. Though Maverick is talented, and perhaps the best there is, he won’t be around forever, and he can’t always be the hero. This time around, his wit, gall, and skill earned him the respect and brotherhood of a kid who once hated him. But now it’s time to pass the torch. Just as Maverick’s days of being a low-ranking, high-flying, big-shot with total indemnity are coming to a close, Top Gun as a franchise may come to a close; and it is a much more graceful passing than has been afforded many other film franchises. In speaking to Maverick, Iceman (the only other reprised role from the original) tells him to “let the past go” and not let it get into the way of his mentorship with Rooster. Later in the film, Maverick overcomes his fears of a repeated past, and thus chooses Rooster as his wingman in the final selection for the mission squadron. Though Maverick and Rooster manage to bury the hatchets of their past by the end of the picture, the trend of film studios refusing to do as much might continue for a while longer.

However, the universal appraisal of Top Gun: Maverick compared to other blockbusters should be proof enough that folks are done with the corporate slush. The message here seems self-evident: Don’t mooch off of the commercial success of others' work forever; let things take their course. Don't cash in on the past, but learn from, and improve on, it. In the case of Top Gun: Maverick, let the characters, old and new, take center stage in the limelight of a ripe, original story serving as a love letter to - and not a greedy desecration of - what has come and gone. When a reboot is allowed the chance to make a statement of its own, absent gratuitously cheap references tethering it to the past, then the impact may be seismic. 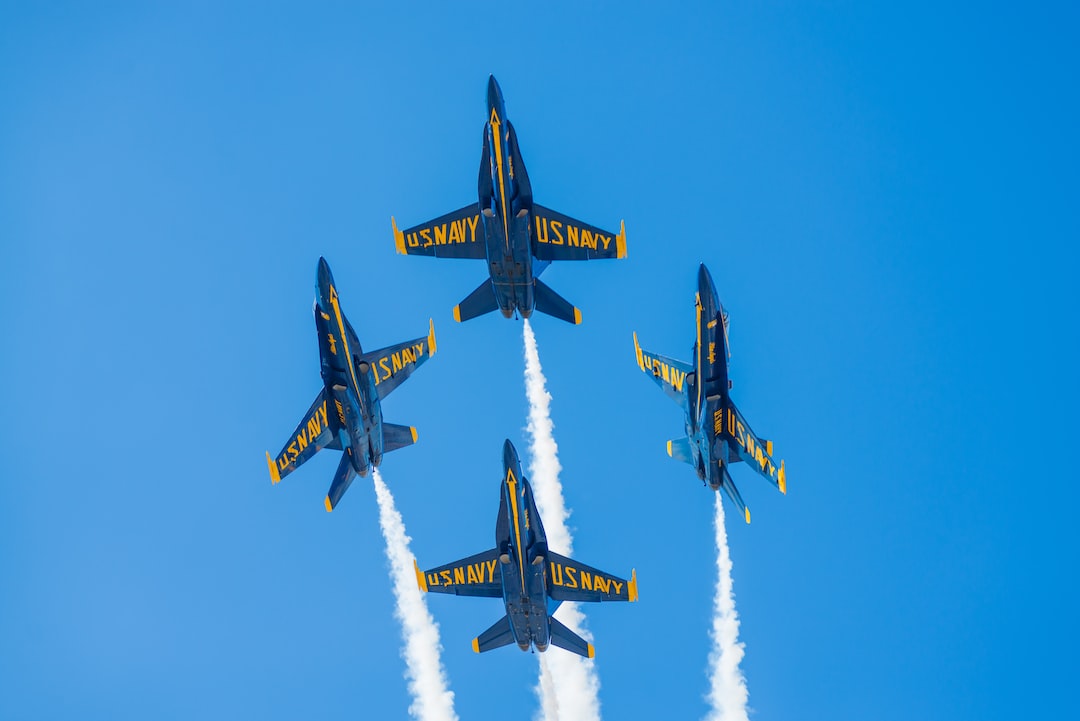 Photo by Weston Eichner on Unsplash

Top Gun: Maverick is an astoundingly successful... reboot (surprisingly enough). Though Hollywood is inundated with unimpactful, shallow franchise reboots (more like rehashes), Maverick breaks the corporate mold expected of a sequel nowadays. Rather than shamelessly lurking in the shadows of its predecessor, the film brings a standalone freshness that blows its competition right out of the water.

View profile
@DarthNug Thanks for the comment! Yeah, this movie was really a fun time - it's the kind worth going to the theater for. Seeing as how you're a Star Wars fan, I hope my commentary on reboots resonated with you somewhat.
DarthNug said...
on Aug. 8 at 7:02 am
DarthNug, Hendersonville, North Carolina
0 articles 2 photos 13 comments
View profile
This movie was amazing, I just went out to watch and thought the same things.