3 Kingsman agents are walking through a jungle, which happens to be a minefield protecting a hideout when all of the sudden Eggsy(Taron Egerton) steps on a landmine. Merlin(Mark Strong) quick grabs a spray that freezes the trigger mechanism and gets Eggsy off while stepping on it himself to keep it from going off as the spray wears off. Merlin then makes the other 2 agents get away from him. After the agents get away from Merlin he starts singing. “Country roads take me home to the place I belong” he sings loudly as he attracts the guards protecting the hideout. As the guards finally get close enough he finishes the song and lets off of the mine causing it to go off killing him and the guards allowing the other agents to pass through easily. This is one of the many amazing scenes that made me confident that this is a really good sequel. This movie has multiple great qualities including a strong start, great characterization and emotional ties to the characters, and an entertaining mix between gentlemen and cowboy special agents.

The beginning of this movie really sets the tone for the whole movie and it is done well. This movie is a sequel to a spy movie so it has the regular routine where the viewer thought someone died in the last movie but they come back in the second one as the villain. I know it sounds like a cliche but it really wasn't foreseen. As they used that idea for the beginning you jumped right into the action because there is a fighting scene and a car chase and all that fun stuff. Being that the movie starts this way it really sets itself up for a good movie because you already know who the agents are working to destroy but you don’t know exactly why yet. Since the movie sets itself up with a progressive beginning it keeps the pacing of intense events evenly spread, the only time these events are really close together is at the end but that makes sense being that everything is being resolved. The way the beginning sets this movie is really amazing and it the part that will make it hard to walk away being that you need to know what happens next.

Another amazing feature of this movie is the characterization. All of the characters have qualities that make the movie more interesting. For example, the main character Eggsy’s father was an agent as well but ended up sacrificing his life for other agents so a lot is expected of him from the beginning being that his father was a noble Kingsman. On the other hand, there is Roxy(Sophie Cookson). Roxy was the agent that was originally the agent selected in the first movie. She had the most courage, wasn’t allowing a missed opportunity, and very skilled in what she did. These are 2 big characters in the first movie that changed a lot which leads the viewer to develop emotional ties with them. A good movie will always allow the viewer to develop ties to a character, but with gaining these ties it's also hard to see them go. Roxy was one of the agents that were lost at the beginning of the movie, and the viewer can tell the Eggsy is in a really low spot because of it. Along with Eggsy, the viewer will feel like they are in a low spot as well, being that they got to see this character in the first movie and enjoyed her. Knowing how to use characters to tug at the reader’s feelings and get them attached is something to always look for in a good movie, and this one definitely did a great job doing it.

There is something really cool and entertaining that was introduced in this movie is the mix between gentlemen spy and cowboys. The old western cowboy is a little exaggerated but the mix wouldn't be as enjoyable if it wasn’t. Like I said before the British agents sought out the Statesmen as their “Doomsday Protocol Procedure” and the way they meet is pretty funny. The Kingsmen agents try to locate the Statesmen and it leads them to a cellar full of whiskey, so they look at their tablet and it says the way they have to get into the headquarters is through one of the barrels of whiskey. They find an ax and use the back of it to poke a hole in the barrel and whiskey comes flying out, so Merlin covers the hole and that's when a Statesmen agent, agent Whiskey, walks in. The agent plugs the hole with his spit and gets upset with the Kingsmen agents being that they wasted some of his whiskey. They start to fight and agent Whiskey manages to knock them both unconscious. In my opinion, two characters fighting when they first meet before realizing that they have to work together is the best type of meeting.

In my eyes, this is an amazing sequel. This movie included many characteristics of an amazing movie, like an amazing beginning, an intelligent characterization that allows the viewer to develop ties, and a cool mix between agent styles. A lot of hard work and dedication was put into this movie and it really paid off being that it turned out so well. The first 2 movies in this series really blew me away and I can’t wait to see the 3rd Kingsman movie releasing November this year. 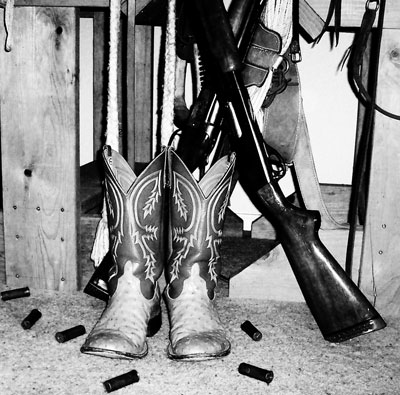 I love this movie and I am very passionate about my article because spreading the word about such an amazing movie is something I would love to do.