The Witch and Wizard-James Patterson with Gabrielle Charbonnet | Teen Ink

The Witch and Wizard-James Patterson with Gabrielle Charbonnet

Favorite Quote:
"Well of course this is happening inside your head, but why on earth should that mean it's not real."
- Wise words of Professor Dumbledore.

Now this is my kind of book! Right from the chapter one, BAM, the action begins. At first, Whit and Wisty, have no idea what on earth is going on. And 2:10 am, the new and stricter forces break into their apartment and kidnap them. This isn't a normal kidnapping though! They make a huge ruckus over taking these two children who they claim as a witch and wizard. Believe me, I was utterly confused at the beginning, I felt my reading fluency shift down to 250 words per minute because there was so much information packed into one paragraph! I can honestly say this book made me “L-O-L.” At the house when they force claim that they are indeed a witch and wizard, Whit spoofed harry potter! His words were “A character from Garry Blotter and the Guild of Rejects?” It took me a good millisecond to figure out that they were talking about “Harry Potter and the Order of the Phoenix!” Mainly, because they got a new tyrannical order. You should know that I am a Potter-head! Read the series in 32 days!

As the book progresses, the brother and sister find themselves discovering more and more magical attributes about themselves. However, the master of the force, “The one who is the one” shows no mercy. He declares that the day the boy and girl turn eighteen, they will be hanged. Now they are in a race against time (wow, I hear that phrase a lot!) to save not only themselves, but all the other kids in the prison! 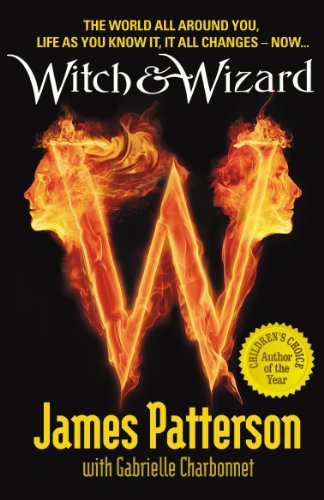 View profile
meant to be five stars you are awesome