The Death Cure by James Dashner

“After struggling for so long to remember his life, his family and childhood – even what he’d done the day before he woke up in the Maze – the idea of having it all back was almost too much to comprehend. But as it sank in, he realized that something had shifted. Remembering everything didn’t sound so good anymore. And his guy confirmed what he’d been feeling since the Rat Man had said it was all over – it just seemed too easy.”

Thomas and his friends escaped the Maze and survived the Scorch. They thought the trials were over, that they’d get their memories back and everything would be fine. But Thomas knows that something’s not right, and he knows that if he gets his memories back he won’t like the person he used to be. He knows there’s something the Rat Man and the other Creators aren’t telling the Gladers, but he doesn’t want to stick around long enough to find out what that is. When he breaks away from WICKED and tries to survive in the real world, he discovers just how badly the Flare has affected everyone else, and he knows the Trials wouldn’t have done any good anyway. Thomas believes that the Trials were doomed from the beginning, and nothing WICKED or anyone else could have done will save the human race from extinction. Nothing.

The Death Cure was an okay ending to an okay series, but I found I was disappointed with the book as a whole. While Dashner’s writing definitely improved from book one to book three, the overuse of certain phrases – “or so,” for example, which seemed to pop up at least once every two pages – was distracting, as was his insistence that his core characters remain in the dark about their pasts. The characters that did regain their memories were absent for a large chunk of the story, and when they became relevant again they didn’t share their knowledge with Thomas, which meant they didn’t share their knowledge with the audience. When the previous two books left loose ends, I was annoyed but knew there would be another book to follow, so I just waited to see what would happen. There is no book to follow Cure, though, so I was extremely frustrated by the questions that were never answered, particularly the ones that have been floating around since The Maze Runner.

In all I found The Death Cure to be a disappointing end to the series only because it left so many questions unanswered. I would not recommend the series as a whole because of this – I know I’m not the only one who finds continual cliffhangers aggravating. The Maze Runner Trilogy is an unsatisfying read because there really is no point to them; other dystopian novels usually have a moral or a warning of some sort, but this “moral” is weak and unmemorable, and many could argue that the point is hard to discern. I say pass on the series as a whole, but if you’ve already read the previous two, this one won’t have the answers you’ve been wanting. 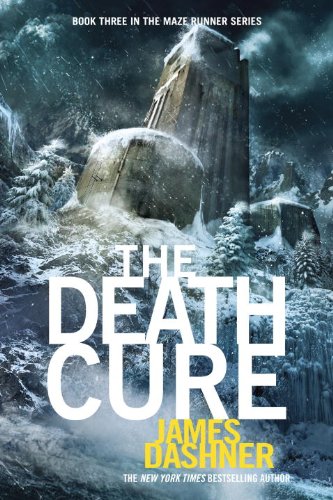 amarr said...
on May. 1 2014 at 11:31 pm
amarr, Scottsdale, Arizona
0 articles 0 photos 3 comments
View profile
Death Cure             The Death Cure by James Dashner, is an action packed ending to an outstanding trilogy.   This book was written for a young teen audience, as it is an easy and quick book to read.  The book however, does not answer a lot of the why questions the audience have been waiting for since the fist book.  The book never goes into detail on why Thomas lost his memories, or how the flare all started.  It also never mentions what went wrong with Wicked that forced Thomas and Theresa into the Maze in the first place.  The highlights of the book however, are the thrilling and suspenseful action scenes Thomas and his friends undergo through out the story.  They face Wicked and crazy people that are contaminated by the Flare who are trying to eat them.  These parts of the book kept me from putting the book down and kept the plot fast moving and exciting.  The books intensity never lets up as Thomas and his friends are always on the run from either Wicked or the zombie like people with the Flare.  The book also challenged my beliefs on the treatment of women.  Theresa and Brenda are the only two female characters that have any lines in this book, the other female characters are just mentioned as the girls in group B and have no lines at all.  Theresa and Brenda hate each other for no reason at all, they just go off some instinct that the other cannot be trusted.  Thomas also calls the girls stupid and they still stand by him and hold hands.  This is completely outrages and is completely illogical.  Finally, the book is a fast paced book with a lot of gruesome action that makes it hard for the reader to put the book down.  The book is not nearly as good as the first, but I would still recommend this to be read especially if you have read the others.