The Jefferson Key by Steve Berry


Buried deep in the Constitution, Article 1, Section 8, is a clause that most of us don't know about. What if because of this clause, four presidents have been assasinated?


History is about to repeat itself when an attempt is made on President Danny Daniels' life in New York City, but is boldly stopped by retired Justice Department agent Cotton Malone. No good deed goes unpunished, and Malone is thrust into a dark world of pirates, letters of marque, and ciphers. He soon encounters a centuries-old society of privateers, the Commonwealth, who have operated for the government since the Revolutionary War, and now they want payback. Along with his associate Cassiopiea Vitt, Malone is stuck in a race against time to solve a cipher owned by Thomas Jefferson, and unearth a secret posssessed by Andrew Jackson, one, that if fallen into the wrong hands, could make the Commonwealth unbeatable.


This highly engrossing thriller by Steve Berry captivates your attention from page 1, bringing together American history, politics, and codes. It throws you into the corrupt and adventurous world of pirates, like nothing has since The Pirates of the Caribbean. The plot is tumultous, replete with sudden twists and turns, striking characters, and language that has the reader clinging onto every word. This swashbuckling epic is not one to be missed.

"Privateers are the nursery for pirates." 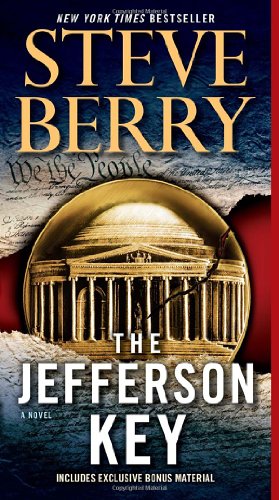