The Miles Between by Mary E. Pearson | Teen Ink

The Miles Between by Mary E. Pearson

October 19th has always been an unfair day for Destiny Faraday and she presumes it will perpetually be that way. Since she is bounced from one boarding school to the next, she doesn’t bother with friendships and she engages in the very least of conversations with her peers. Exasperated by the turn out of this day each year, Destiny vents to a visiting teacher named Mr. Nestor. She wishes that there would be a perfect day, where the heroes won and the villains lost.

“The Miles Between” by Mary E. Pearson is an astonishing novel capturing the thoughts of a young girl, Des. After a maddening and incomplete conversation with Mr. Nestor, Destiny discovers a running car that happens to be driverless. Frustrated, she assumes that it is Mr. Nestor’s. She comes across Seth, a classmate on trash duty, and with the prior knowledge that he can drive, she asks him to go on a road trip with her. She explains her theory of a “fair day”. However, Des leaves out the bit of the story that she just found this car running and does not know the owner because she believes it is destiny that brought this car to her attention.

While driving away, Destiny and Seth are joined by two of their other peers, Mira and Aidan. Mira is Destiny’s vivacious roommate who is determined to organize her own road trip games like sharing secrets and truth or dare. Aidan is a genius that is doubtful of Destiny’s perspective on coincidences.

Thought-provoking and adventuresome, Pearson leads the reader into the story by gradually revealing past experiences of Des. Along with finding a lamb named Lucky, the four friends search for unrecognizable clothes, shoes, and meet someone none of the ever guessed they would meet on this fateful day. With input from Destiny as the narrator, the ending is quite unpredictable. “The Miles Between” takes your heart and mind on an unforeseen journey. 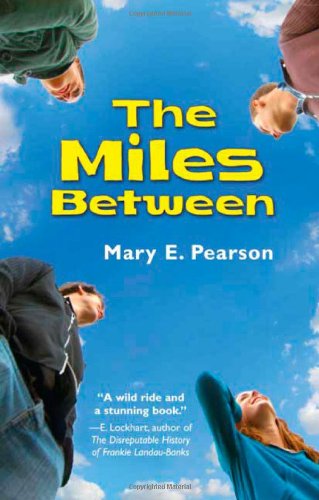