Luke Striker was just a mere fantasy to petite, and unmapped Clayton, Indiana. He was like air-conditioning to the Amish. Since Jen Greenley’s against worshipping this movie star, she finds it uncanny that she feels a ping of inferiority around Luke when she is assigned to befriend him when he disguises himself as transfer student, Lucas Smith.

Jen has always been “mayonnaise”, as her best friend, Trina, says. In other words, she is the balance that keeps people from feuds. In account to that, she holds the prestigious role of being Ask Annie for her school newspaper. As one can infer, she is not the girl who is expected to stir up mischief.

The characters are unique, and have very eccentric personalities. Luke is very personable and shows pure empathy for Cara, a peer that is tormented to an extent where she dashes in the bathroom to sob. Jen is a peace-maker, she waits until the volcano has erupted to help the survivors. Scott Bennet is the newspaper editor, therefore, the only person aware of Jenny’s “alter-ego.”

But is this too much hype for Jen? Luke has obviously been analyzing and criticizing her daily routines. He tells her she is not fulfilling her purpose. As irritating as this has become for Jenny, she is beginning to believe his philosophies. Now, she starts to revamp her life. Except, she has one complaint: everyone despises this character makeover.

“Teen Idol” by Meg Cabot presents values, relationships, and being true to yourself. With a befuddling twist at the end, you can be sure to sit at the edge of your seat. I found the climax, though to create too high of expectations for the ending. I give this book 4.5 stars. 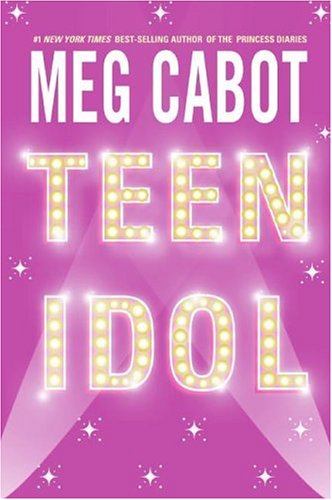 Favorite Quote:
"Life isn't about finding yourself, life is about creating yourself"

View profile
Love this book, and all other Meg Cabot books, your review is good :) x