It’s notorious to “Live your life to the fullest because you only live once,” but in Charlotte Usher’s case this is just another mythical cliché. Charlotte died at seventeen, and to her dismay, it was while “pathetically” choking on a gummy bear.

The novel, “Ghostgirl” by Tonya Hurley makes you really analyze Tonya Hurley makes you really analyze your life and ponder as well as fanaticize about your afterlife. The fact that Charlotte is just an average girl makes it relevant to several high school students out there. From the point where she’s anticipating the Fall Ball, a school dance prior to Homecoming and the point where she covets true love this upcoming year.

As several titles (including award-winning classics), there are some glitches. I found it exasperating that she idolizes the Quarter Back, Damen Dylan, in fact, you can even call it a relentless obsession. Throughout the novel, her stalking continued. This was stereotypical because in countless books and movies, this almost seems uniform for teen girls. In reality, girls don’t wait around for a “flawless” guy, yet this seems to be a continuous theme for the media.

Beneath that flaw, however is a reality Charlotte must come to accept: Damen might have another soul-mate. This soul-mate is coincidentally her best friend, Scarlet. Charlotte has been “possessing” (taken over her body with her approval) Scarlet. Scarlet would never have fallen for Damen as she is his girl-friend, Petula’s younger sister and she has a fiery aversion to the “in”-crowd. Charlotte soon realizes that her death might’ve been destined to occur and another solemn realization: Scarlet may be destined to be with Damen.

Through this eventful adventure, you learn life lessons. Charlotte’s tearful, yet ironically hilarious story is a must-read for fans of Meg Cabot’s “Airhead” series. This adventure will have you anticipating the sequel! 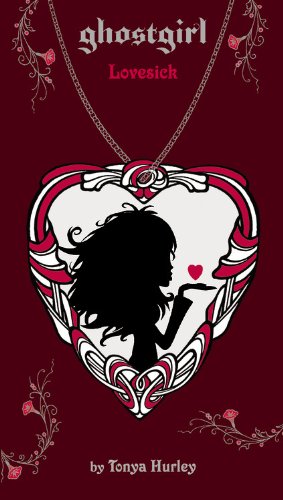 View profile
There is going to be a sequal???? I loved this book!!!!! This was very well written and kept your intrest through the whole thing!!! Thank you for not dissing twilight this time!!