The Host by Stephenie Meyer

Stephenie Meyer has already secured herself a rock-solid fan base worldwide with the bestselling Twilight series, but her latest novel, The Host, is sure to increase the number of fans to epic proportions.

The world has been invaded by an invisible opponent. Humans have become hosts for their invaders, their minds taken over while their bodies remain to continue their lives with no apparent difference. Nearly all of humanity was given in to the changes…except for a few.

Melanie Stryder has always been a fighter. One of the remaining “wild” humans, she's positive that capture is the ultimate end. So when Wanderer, an invading “soul”, is given Melanie's body, Melanie absolutely refuses to fade away. Wanderer was warned about the possible difficulties of living inside a human—the overwhelming emotions, the astonishingly vivid memories, the myriad of senses. But the one thing she didn't expect was the body's former owner to hold fast to the possession of her mind.

Wanderer is instructed to investigate Melanie's thoughts in the hopes of discovering the whereabouts of the rest of the human resistance. But instead, Melanie distracts Wanderer with visions of the man she loves—Jared, a human living in hiding. And since she's unable to distance herself from her body's desires, Wanderer begins to pine for a man she's supposed to be exposing. Despite their dislike for each other, Melanie and Wanderer become allies on a perilous journey for the man they now both love. However, when they find him, they also happen upon much more than either of them could have ever imagined…

I loved this book. I'm not exaggerating. The Host is meant to be an adult novel, yet it definitely appeals to the younger generation as well. The first few pages or so were mildly confusing, but once you delve deeper into the heart of the story, you'll find yourself unable to stop turning the pages. Stephenie Meyer somehow seems to incorporate humor, romance, and a captivating story line into this psychological thriller that reeks of awesome. This book is definitely one that should not be missed. 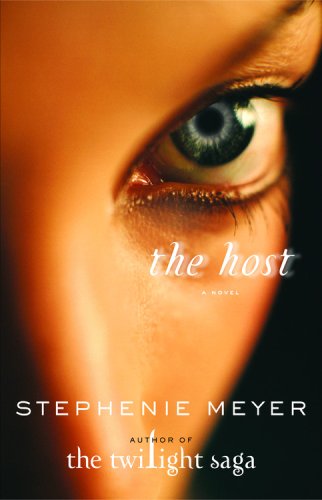 Favorite Quote:
Worry is simply a misuse of the imagination.

View profile
i would have liked more of your opinion.