I've always been interested in the Irish history, so this book was perfect for me. Angela's Ashes is a memoir by Frank McCourt. It took place in Limerick, Ireland in the 1940's. If I close my eyes I can see the rundown buildings, starving kids, ragged clothing on mothers and fathers. The poverty level that McCourt's family struggled through was extreme.

Young and curious Frank McCourt really draws readers in. His raw and open feelings made me feel a companionship with him; they attracted me to him. Frank also shows us the suffering his father Malachy put his family through with his drinking; nevertheless, Angela, his mother, tries to give her children a chance at a better life. She is the picture of the caring and maternal Irish mother during the poverty years.

Frank's life began in New York City in 1930. He was the first child of his Limerick-born mother Angela and his northern Irish father Malachy. He was followed by Malachy Jr., twins Oliver and Eugene, and Margaret. After Margaret's devastating death, Malachy and Angela move the family back to Limerick.

Once in Limerick, Malachy begins drinking worse than ever. He gets a few jobs but cannot keep them longer than three weeks because he drinks away and wages and the dole. Frank and Malachy Jr. come to associate the extreme drunkenness of their father with when he comes home singing patriotic songs of Ireland and making the children promise to die for their country. He finds a job in England at a factory in World War II, but it doesn't work out.

Frank works hard and does his best to prove to others that just because someone is born into a low and poor family, they can still be whomever they want. He was even able to earn enough to buy a ticket to America. 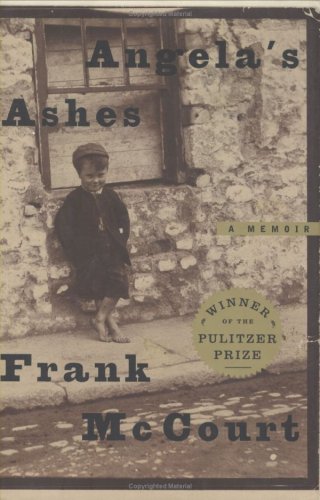