They just speak in their way. “Hills Like White Elephant” was written by Hemingway when he was on his honeymoon, seeing a woman who has an abortion. Related to the time between world wars, the American and the girl in the story may represent the Lost Generation. They were unstable, and so lost the way they were to be at. As the story is from the collection Men Without Women, we may predict the ending be the girl leaving the man alone. This not only blames the man for his selfishness in letting the girl get an abortion but also misunderstanding between the two, which would lead to separation. I think Hemingway shows misunderstanding between the American and girl progressively as a reflection of society. First of all, the depiction of the bags hints instability of the two. “Labels of hotels” (line 140) states the fact that the American and girl traveled around to find their place. This links to the Lost Generation's idea that people lost their position in society and struggled with it; also, it lays the foundation for the break-up of the two. When Jig “took off her hats and put it on the table” (line 9-10) she prepared to talk about something serious with the man (abortion specifically). However, the man shifted the topic by saying “It’s pretty hot”. He was trying to get rid of the problem by avoiding discussing it. Hemingway blames his nonfeasance and irresponsibility. The misunderstanding between Jig and the man gradually becomes intense. “Everything tastes of licorice” (line 41) as Jig said, she was being disappointed in the man, implying that anything she had expected to be sweet turned out to be bitter. Since the man refused to talk about abortion at first, but when he tried to convince Jig to get an abortion, the misunderstanding has culminated. “It’s an awfully simple operation” presents the man’s indifferent attitude, and this hurt Jig the most. She expected the man may care for her, but from his attitude, the man knew nothing about abortion and was just trying to get rid of the child. Her disappointment led her to numbness at the end, replying “I feel fine”. 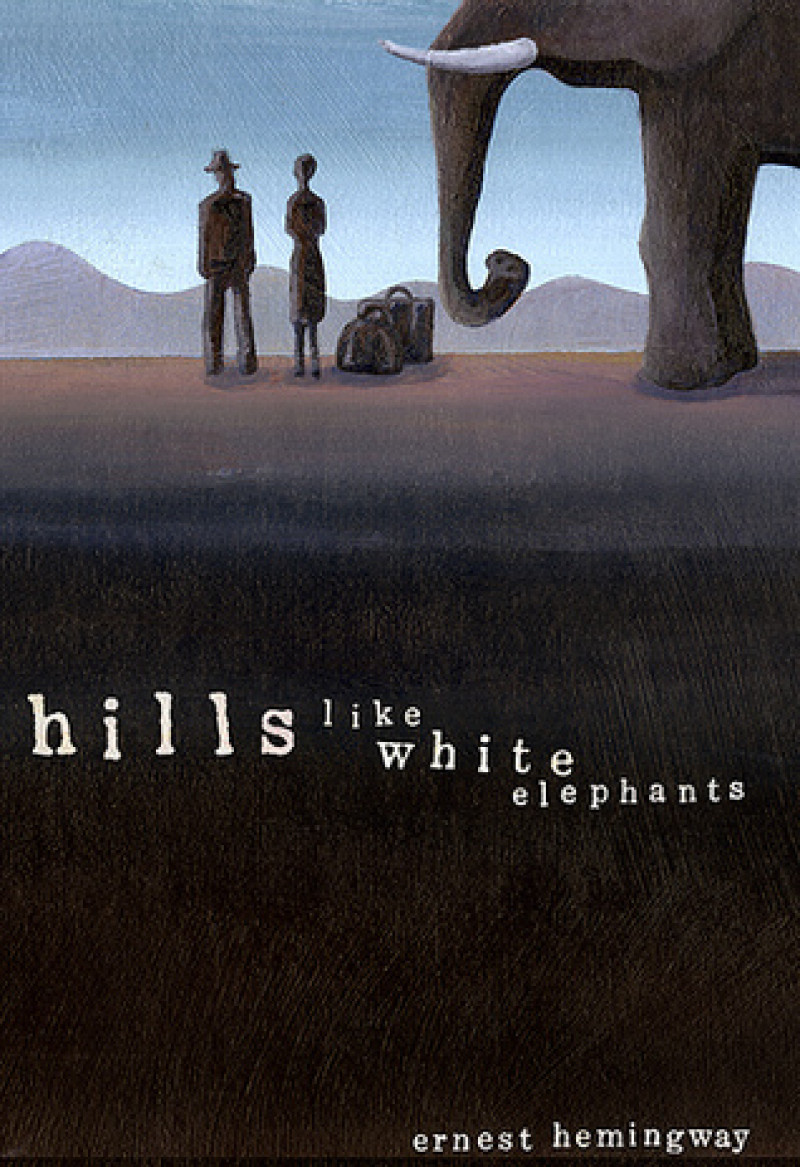