Interpreter of Maladies is a book that is a collection of nine short stories by the American author, Jhumpa Lahiri. The characters are from India who move to America with the remnants of their homes, families, cultures, and most notably, their memories. Even though the focus of the collection is on the migration of Indians, the book also involves concerns such as social relations, identities, gender norms, cultural conflicts, family ties, and belongings. The portrayal of characters reveals their most realistic daily lives, worldly and mundane, just as normal as what we experience every day. The honesty of Lahiri's writings touches readers since the stories reflect the liveliest and truest aspect of life; in fact, several themes of the stories incorporate Lahiri's own experience as she migrated as well. Her understanding of multiple cultures, religions, and identities supports her suggestion, “we are in worlds of reality, not simply in aspects of it.” Thus, the characters all present complexities and depth of connections with others.

The book's title, Interpreter of Maladies, is the same as one of the stories in the collection. This title indeed shows the significance of its influence due to the interesting choice Lahiri makes here, raising questions for readers: Is there any deep meaning behind this title? And, why doesn't she choose another name? In the title story, it is known that the interpreter of maladies indicates Mr. Kapasi, as he is a translator for the doctors. Nonetheless, it seems that the intention behind it is intriguing and inspiring. Notice that Mrs. Das thinks Mr. Kapasi's translation job is a “big responsibility” and that it is “romantic.” As a thread that runs across the entire story, these two concepts show their importance throughout the whole book. These two concepts stand on the exact contrary, which in other words, reveal opposite meanings. Each individual has a rational and emotional aspect; we may need to occasionally decide between the two. The nine stories all conceal the decision the characters make based on both factors. Lahiri illustrates the characters' struggles of connecting to society as the malady and themselves as the interpreter. They are the ones to decide upon rationality and self-pleasure.

Each end of the story is exposed to the character's decision. An interesting fact throughout the book is that each ending seems to happen unexpectedly. “A Temporary Matter,” for instance, talks about a couple overcoming the grief of the loss of their child; this wound has isolated the couple from each other, and their relationship appears to be strained. However, a power outage alert thaws their relationship. The couple starts the game of “an exchange of confessions” by revealing the deceits and disappointments they have for each other in turns. As the game goes on, their relationship seems to be calming down as well. Yet, on the last day of the power outage, the wife announces her intention to leave her husband. Their separation, in the end, is astonishing and unforeseen because readers tend to expect a more general ending. Turning points can be detected throughout the whole book, and they surprise readers a lot. These turning points are essential to the narrative of stories, especially to this collection, since they portray the trend of the storyline and the resolution of the conflict. A more exciting turning point can sublimate the whole plot and thereby appeal to readers from various perspectives.

Metaphor is a factor that engages readers to think deliberately. If turning points can be recognized as the resolution of a conflict and an embellishment to the plot, metaphors explain the characters' chosen solution. Food is identified as a representative of culture, belonging, love, and family. Especially for immigrating families, not being able to have the food that we used to have in our culture would really separate us from it. Food plays several roles in Interpreter of Maladies in both positive and negative ways. In “Mrs. Sen's,” the fish that Mrs. Sen likes is memorable. Lahiri emphasized Mrs. Sen's obsession with the fish that she used to eat in Calcutta, which subsequently indicates how she misses her family, life, and everything in Calcutta. In this passage, Lahiri uses fish as a metaphor for home and belonging, in which people can see the positive impact. However, food does play a negative role in the book as well. In “Interpreter of Maladies,” bubble gum is mentioned several times. The perhaps most symbolistic time is when Mrs. Das offers it to Mr. Kapasi. Contrasting Mrs. Sen, Mrs. Das is a heavily Westernised Indian woman; contrasting to the fish, the bubble gum is particularly American. With that comparison, the properties of the gum that Lahiri describes is also different: gums are disposable, unhealthy, and momentary. Indicating Mrs. Das and Mr. Kapasi, the ambiguous moment they both enjoy is temporary and not nutritious; sweet, yet provisionally unfit.

As a collection of stories about belonging and cultural diversity, Interpreter of Maladies provides readers with a reflection of our everyday lives. When facing a family or cultural conflict, what would we do? Whether our resolution or our decisions upon a conflict is proposed rationally or self-beneficially, the theme is a constant one. Overall, the book gives a flawless and unified tone even though each chapter is a separate story. The stories capture readers and seize the softest part of our hearts with resonance by immersing us into the clear reflection of each tale. 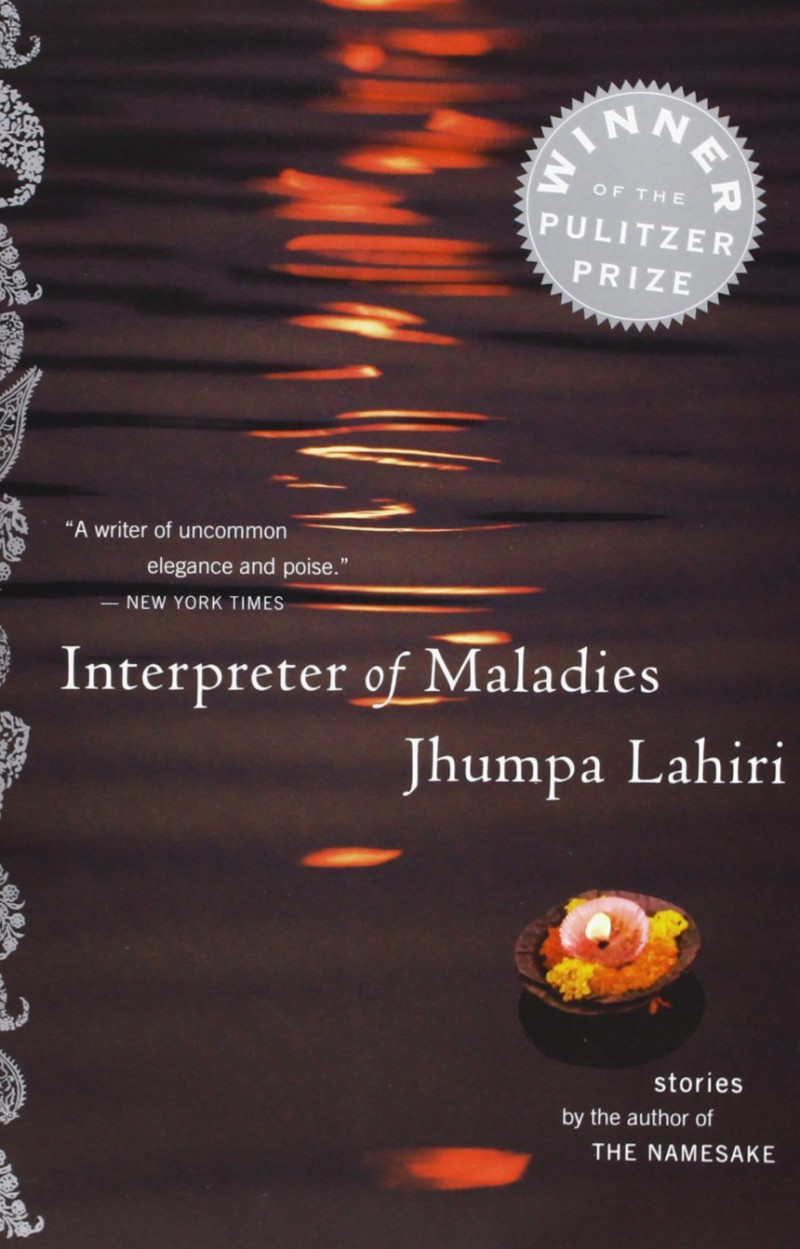