Lord of the Flies by William Golding | Teen Ink

Lord of the Flies by William Golding

Would you be able to keep from resorting to a savage life if you were stuck on a deserted island? It was harder than you may think for the boys in the novel Lord of the Flies, by William Golding. If you like stories of adventure and survival this book is for you.

This thrilling book is not for the faint of heart. It is a slightly disturbing story of young kids who turn murderous and tribal as they fight to survive on a desert island. Ralph, the oldest and therefore the leader, tries and fails horribly to keep all the kids orderly. His main priority was to keep a fire going to increase the chance of being rescued. That did not last very long though. The nice innocent kids were driven to insanity. "Kill the beast, cut his throat, spill his blood!", they all chanted as they murdered Simon in cold blood. Then a new rebel group formed, led by none other than Jack. Jack also was one of the older boys, but all he wanted to do was hunt the wild boars, make his own tribe, and kill all who didn't join. Ralph and Piggy wanted no part in this but once all the other kids joined Jack the growing numbers of the new tribe forced them upon.

I loved this book because Golding did such an amazing job at writing it. It was very descriptive and kept me sitting on the edge of my seat through out the whole book. E.M. Forster chose it as Outstanding Novel of the year and said it was "...beautifully and tragically written like a fragment of a nightmare with a dizzy climax of terror." This is a classic I will not forget. 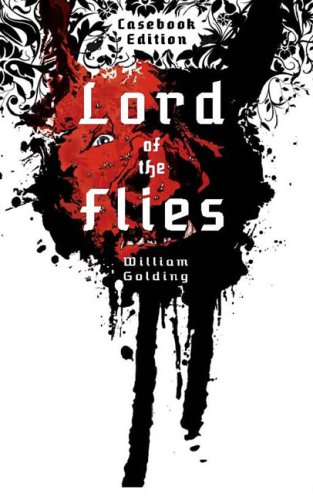