Longevity is the product of love and companionship. Another essential addition is dynamism of nature. The biggest evidence of this statement is this magical rejuvenating, lovely book called The Secret Garden. Though it seems like a children`s classic it has a lot to teach adults as well.
Mary Lennox, the main protagonist travels to live with her uncle Archibald Craven, who is still grieving over his wife who died 10 years ago. She starts living with him because her parents died due to Cholera. Archibald is seldom at home. He always travels around the world to conquer his own misery. Mary is a very spoilt child, she neither likes nor is liked by anybody.
Martha Sowerby, a very kind-hearted maid takes care of Mary. She introduces Mary to her Brother Dickon, who is very kind to animals; what is exactly said is that he has his own way of dealing with animals. Mary one day discovers a garden that has been locked. She finds out from Martha, that the garden locked is actually the garden of late Mrs. Craven, who died. Mary finds the key to the garden. She starts making the garden beautiful again with Dickon.
Every night Mary hears someone cry. She finds out that it is none other than Mr. Craven`s son and Mary`s cousin, Collin Craven.
Collin Craven is also a very spoilt child. He is very sick and believes that he will also grow up to be a hunchback like his father. Collin and Mary soon become friends. He is brought to the garden by Mary and Dickon. There he learns to walk. Many lovelier things happen as the book reaches the end. Mary at the beginning is very sick, ill-tempered. Her parents are the root cause of her bad behavior. Her mother refuses to care for her as she despises Mary`s ugliness. She is left all alone with her servant. But when she travels to England, she meets many very nice people who heal her out of her loneliness. Martha Sowerby understands and tolerates Mary‘s bad behavior at the beginning, which actually makes Mary a better person.
Dickon Sowerby is a very kind boy of 12. He has many animals as his pets. He teaches Mary gardening techniques. They both turn the roses beautiful again like the late Mrs. Craven would have wanted. He speaks the Yorkshire slang. He smells of grass. He seems to share a very close bond with nature. Ben weather staff, though he seems to be rough on the outside he is arguably one of the sweetest and kindest characters in the novel. He secretly tends the secret garden for 10 years after Mrs. Craven’s death. He was Mrs. Craven's favorite gardener.
Robin Red Breast is the one that helps Mary find secret garden. There are a lot of similarities between Mary & Robin Red breast. The author strongly compared Mary with the Robin. Like Mary, Robin starts his life in a lonely manner. then just like Robin, Mary becomes friends with Benweather staff. She finds her solace in the secret garden just like Robin does. In a way this book is really very magical. The way things happen is very magical. Mary comes to England from India neglected.But here she is loved and experiences love for the first time. She doesn't only get healed but also heals others and the magic is not done through spells and wands but thorough doting and kindness.
Nature plays a very Important role in this book. it becomes evident from the Incidents when the people spend time close to trees and breathe the air purified by trees they can do anything. Like Martha says to Mary that more air would make her stronger and indeed she becomes strong. Colin starts walking when he starts spending time in his mothers beloved garden. Lives of Mary, Collins and Secret garden are very similar. Mary is kept as a secret from her parents as she is ugly. Collins is kept as a secret by his father due to his sickness. Secret garden is kept secret as it is associated with the horrific death of Mrs. craven.
Mrs. Craven is the best Symbol of this book. She is associated with beautiful roses. She is the lost magnificent Ideal of the place. Every word mentioned about her is indicative of how beautiful the place used to be when she was alive.even though she is absent throughout the book her presence is strongly felt in the book than any other character through many things in the book like the Robin Red which leads Mary to secret Garden. The secret garden is hers. it is full of her good vibrations which heals the Children. She is a symbol of love, health, and magic.
The major theme of this book is that anything that is neglected withers and dies and when it is worked on and cared for thrives.
Parenting is a big issue these days. I have seen many bad parents just like Mary’s parents around me. How they leave their children and live their lives working or something else. It is not about whether we the humans are good parents are not. It is about whether we are humane or not.
Every animal, every insect, every bird has the instinct of caring for their young ones. so, I feel it is possibly the most human thing to do, rather than directly jumping on some big work like charity. This book is a good incentive to cultivate environment-friendly nature in children, so as to make nature thrive. It shows how nature could heal or soothe pain. I personally started loving plants after reading this book as a little girl, especially roses. 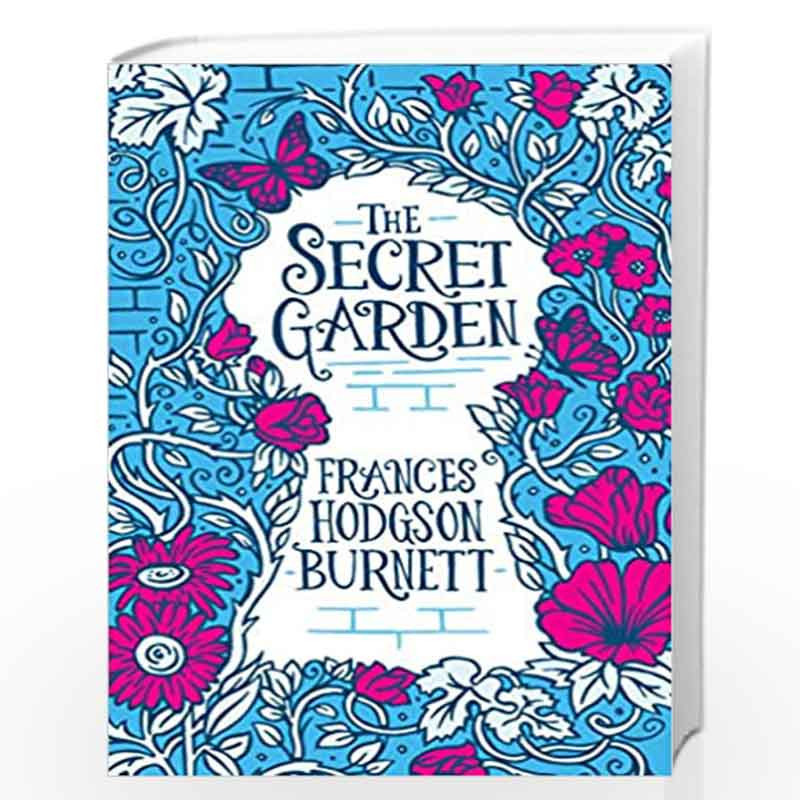 Frances Hodgson Burnett was keen about writing. As a child she loved Uncle Tom's Cabin. The garden of this book is inspired by her garden at Maytham Hall.

View profile
Secret Garden is one of my favourite books ever...And Frances Hodgson Burnett wrote 'A Little Princess' too, right???☆☆☆