The Four Titans of Hercules

“Brothers! Titans. Who put you down there!?”
“Zeuuuussssss.....”
“And now that I set you free, what is the first thing, you are going to do?”

There were four. They were monoliths, the reconciliation of pure evil, the giants who tore the Earth to pieces, and awaited in agony as it restructured like the broken limbs of a tree. A life force, torn to pieces, they sat patiently watching like a bystander as the creator watches what he destroyed. The world began to rebuild, and behind the prison of light, the gate of thunder, the isolated cell woven together by the power and dignity of Zeus, the Titans sat back and waited, softly thinking that for a chance the world they tore to pieces would finally fall. As Hades opened the gates, the fire was ignited, the flammable anger and vengeance locked away in the dark hearts of the Titans began to unfold like a creed, a doctrine of hatred and sworn devastation to finally combat those who had crushed their life’s work centuries upon centuries before. To them, they were the untouched gems, the destroyers of worlds, each embodying an element and force more powerful than human comprehension, more intoxicating than the strongest of Roman wine, more devastating than the eruption of Vesuvius, the tormentors of nature who could manipulate destruction like an artist on a canvas, Locke’s ‘tabula rasa’ becoming the a stance of hatred and anger, where these centuries of animosity could finally be released like the smoke from the barrel of a gun. They had no names, they had no feelings, they knew nothing but destruction, nothing but the most havoc of havoc, the single target the lone God who had imprisoned them. The could spit nothing from vengeance, and would not stop until this God fell from his crown and was locked away, sealed just like them, embodying all he stood to forget.


The first was a monolith, a stone hydra who only knew how to trample, crush, and mutilate. His feet were hammers, his toes each a crushing compactor, smashing the ground below him into nothing but fragmented dirt and stone. Two heads, two minds, one common goal, one common idea of what to do: destroy that which he was developed. The Earth would shake under his weight, under the stone armor that protected the soul of a tormentor, an obelisk of the metaphors and language of stone, the sole creator behind the Earth which he sought to level.

Temples, pantheons, Roman homes, all were simply toys under the crushing shoe of the Earth Titan, who knew nothing of compassion and nothing of morality. The brute force that swooned and shattered and smashed the world around him, the ‘world carried on his shoulders,’ the mountains and hills of the Earth ridden like a backpack, the true might of the natural boundary of the Earth. The world’s first true ‘hard-headed beast,’ a beast of stone and rock and dirt and grime and grass and gravel, built from the ground up from the world he saw as his playing field, the surface of the Earth merely a diorama meant for the creation and devastation. The Earth was truly a God in himself, both stone heads rearing to destroy Zeus, the lightning entity that chose to seal him away all those years ago. With two heads, there would twice the power to think, but instead only twice the power to see, twice the power to analyze the world and naturally select what became flat, what piece of the Gods’ creation would become a piece of the rubble he left behind in his tracks. No moral reason, no incentive, nothing but a head full of rocks and stone, the Earth Titan only stood for the leveling and smashing that embodied his twin- headed, Mountain-creased, stone-decorated, dirt-stained, mass-building, natural-ridden armor that enveloped a lack of thought, with no other goal but to flatten, to level, and to smash until the world was nothing but the original flat plain that the Europeans spent so long to discover.


Then there was Ice, whose heart was frozen like the skeletal structure of his stamina, of his cold stance that signified his cruel, unclean mind. Sin, terror, fear, all blockaded like the final circles of hell, a frozen encasing of strife and power that was sealed away for so long, so cold to block and freeze any sense of morals, and idea of purification, any logical reason, any clear, cold, dead thought. A skeleton of ice, a deep blue sea standing like the security of nightmares, a frozen embodiment of destruction and devastation seeking to close the gap and solidify and incentive placed upon him by the Gods, an undead skeletal snowman who could freeze a volcano with a simple breath.

Not even the heat of love could melt the ideas of destruction that ensued across the mind of the ice titan. Truly a statue of cold nature and bitterness, he sought only to freeze those who had frozen his body in the underwater prison, to lock Zeus in a frozen prison inescapable, frozen like his emotion, melting away the morals and abilities that preserved the Godly nature of the highest of high power. He could freeze the optimism of a hero, break down the barriers of the heavenly gates with a simple sigh. The Ice titan had no boundaries, only an encased sense of destruction and lack of humility, blocked by the cold, skeletal framework that so delicately held together a powerful, massive entity of arctic passion. Low intelligence, high invulnerability, whether the psychological corruption of the human exterior of the great, cataclysmic fury that embodies the truest sense of ice-cold fear and resentment, the Ice titan is more than a massive stone pile of ice, truly ‘cold-footed’ and cold-hearted lies the coldest basin of cold collections of cold emotions and powerful cold winds and gusts, frozen like Ana’s heartbeat and with each stomp a chorus of shattered ice and the coldest mutiny of the nature of fearful divinity, so lies in the power of the great monolith of Ice.


So resolves the great fire of liquid anger and the purest golden form of passionate resentment prevalent across the highest form of anger and profound terror and devastation, lost within Pompeii’s highest form of devastation in the most uncontrollable force imaginable. Leveling forests with a tap of his foot, melting hearts and minds in the highest disregard for the beauty of the divine creation, the fire titan steps across hot coals with each step, lighting up a match with a single puff of his breath, his exhale a massive Greek firework that lights up the night sky greater than Chinese fireworks and more powerful than the cannons used to fight him. Not cold-shouldered nor hard-headed, the fire titan rests upon and breaths through the oxygen of the world that cannot accept his pure destruction.


He walks with a limp in his step, he struts with the grace of melting wax but with the power of a raging blaze, each cry a deeper echo than the canyons and crevices of the volcano that molded his very existence. Unable to melt lightning, burned with the light of a thousand fires his hands stay smoldered darker than the blackness of the Earth, his cries muddled and bleak and deeper than the trenches of volcanoes scattered across the great oceans. Poseidon’s greatest enemy, the frozen titan of ice and cold his greatest ally, together the melting of the most frozen hearts and powerful deities of the elements across the sky and boundless universe, he squats and trumps over his enemies with his foot not more than a blazing torch, a liquid firestorm of the purest combinations of oxygen and carbon, wishing to ignite the fires and flames that burned into the sunset, and wishing to scorch away the Earth whose molten rock and lava pieced together to create his very existence, over countless millennia and millennia and millennia long, long ago.


And so comes the final, the scariest and most blown-to-proportion beast of them all: wind. Resting upon the nature of power and fury of pressure zones and uncontrollable, invisible terror, wind is nature’s greatest engine, creating the means to topple the greatest structures, to blow over the highest mountains, to devour the deepest crevices, and to instill fear within those who cannot see nor comprehend his invisible, unwoven, incredible power.
His eyes buried deep into the crevices of the deepest eye of the twister, his arms and legs spinning vortexes of wind and fury, full of sound but signifying the greatest tragedy of mother nature’s brutal lack of empathy, he sees all and fears none, willing to tear apart his enemies and bear them to the greatest power of the moving world through a single puff of breath.

More rings than Saturn and more speed than the millions of asteroids in the belt, flying faster than the chariots of the Gods and spinning more violently than the lightning bolts of the great Zeus, wind stands alone, powered by the fear of the mortal man in what he cannot control. This fear is an engine, a gaseous powerhouse of total unrelenting fury powering tornadoes, hurricanes, monsoons, and the greatest storms in the world that arise from the total paranoia of the common man. To stand in his embrace is to stand in the wake of the world’s most powerful fury, to behold the majesty of wind is to see nothing but a black void, barren and empty and filled with nothing but the torn souls of the beings it may manage to swallow whole, without so much as a sputter. Wind stands tall, black and ridden with paralysis of total lack of total power line, and in the conglomerate of the power of the natural world, he stands tall in his unrelenting glory, as the titan with the power driven by the most invisible and terrifying force ever to grace the conscious of the mortal man. 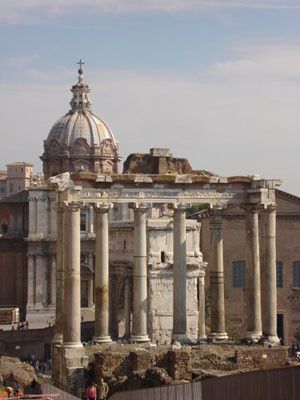 'Hercules' is one of my favorite movies, and I figured I'd take a shot at poeticizing the four Titans.