How Far Is Too Far? | Teen Ink

How Far Is Too Far?

I’ll be the first person to admit that I’m an atheist. It’s not because I don’t believe in religions, or don’t like them, it’s simply because that is the way I was brought up, and I then chose to follow that.
But I do believe that when another human being is denied a crucial medical procedure because it goes against their family’s religion, that is taking things way too far. It is leaving a person suffering. It could be classed as murder. If a person wants to deny that medicine or procedure for themselves, it’s their choice, and they live with the consequences. But when the decision is made for a person, he or she is having a potentially life-saving act taken away from them against their will, it’s totally unacceptable.
In these situations, people should think about what sorts of things their religions stand for.
Everyone has the right to speak their mind and make their own decisions, so why diminish that right? You wouldn’t want people choosing your friends, or choosing your favourite food, or choosing which clothes you want to wear. So why let people chose your religion?
I admire people who follow a religion. I think it’s a commendable thing - it’s an amazing thing to believe in something. Belief is what keeps everyone happy, and the world turning. And if that’s what religion is doing, then great. But let people make their own decisions in this world. I’d hope that if I wanted to start following a religious path, that my family would let me, and be supportive of me. So maybe, before forcing an idea or belief onto your child or friend, let them make their own decisions. They may be different to yours, or they may be the same. But in the end, does it really matter? You are related to them, you love them. That’s all that matters.
Religion is all about choice, and everyone has a right to theirs. 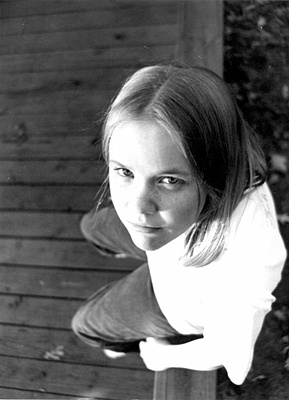 Favorite Quote:
"You wanna fight for this love, but honey you cannot wrestle a dove..." - The Shins

Favorite Quote:
Put it on paper!

I'm just about to go and check out some of your work. Be ready! Haha :P

Favorite Quote:
Give Peace A Chance.

In all seriousnessess, great article.

View profile
It would be one less thing to fight over...& also one less thing to hope for... Relgion can be bad, but also good. Some people need something to believe in & something to do & look at regularly... It helps them bear with the tough things in life...
earthy_kat GOLD said...
on May. 7 2010 at 5:00 pm
earthy_kat GOLD, Sebree, Kentucky
17 articles 1 photo 34 comments

Favorite Quote:
"My heart has joined the Thousand, for my friend stopped running today." - Hazel from the book Watership Down (by Richard Adams).

View profile
Yes, religion is the cause of a lot of war and death. But a persons religion is also something that /stops/ them from killing, stealing, and other things. And for some people, their religion is what keeps them going. My grandmothers husband died of cancer, and it took him a long time to die. He suffered. And my gran's religion is one of the few things that kept her going while her husband and the father of her children lay dying in a hospital bed. Think about that, will you? Will my granddad died, all my gran had was her belief in the Catholic faith and a few family members. That's why many people need religion. I, myself, have no beliefs. But I understand why so many people need to have something to hold on to, because without something to believe in, they are lost.
more_weight PLATINUM said...
on Jan. 27 2010 at 7:11 pm
more_weight PLATINUM, Danville, Virginia
39 articles 0 photos 13 comments

View profile
How is it taking it too far? Religion is one of the most prominent backbones for hatred, violence and war. In a world without religion, there would be one less thing to fight over. In a world with any Gods or religious figures, it might be mass chaos or it might just be the answer to stopping all the cruelty that the world suffers through.
Hollywog. PLATINUM said...
on Jan. 27 2010 at 5:54 pm
Hollywog. PLATINUM, Mole Creek, Other
21 articles 23 photos 65 comments

View profile
I agree with earthy_kat, but everyone has the right to their own opinion, and I sort of understand where you're coming from. Thanks to you both for your comments! :D

Favorite Quote:
"My heart has joined the Thousand, for my friend stopped running today." - Hazel from the book Watership Down (by Richard Adams).

View profile
I disagree wholly with religion and believe it should be banned any every corner of the earth.
Hollywog. PLATINUM said...
on Jan. 26 2010 at 3:20 pm
Hollywog. PLATINUM, Mole Creek, Other
21 articles 23 photos 65 comments

Sort of curious though - which bit don't you agree with?

View profile
I can't say I completely agree with you but I do agree with that everyone should be given a right to decide their own way in life.