Islamophobia- the fear of Islam. This idea had been spread around for a long time now, ever since the terrorists which we hear about now started attacking. People have started to believe that Muslims are the cause of these attacks. People started blaming us all, telling people they don’t want us in their country. Why? Are we, Muslims, terrorists?

Ever since terrorist attacks have become more common, they always claimed that they did it for God. “Because of this, Islam was made out to be a religion highly affiliated with terrorism even though the religion itself and the majority of its followers in no way support the twisted ideas of these terrorist groups acting under the name of Muslims” (Hadia W. "Login" October 20, 2015). People accuse Muslims of being terrorists, even though we grew up learning not to even kill an ant. People think these terrorists are Muslims, but let me just tell you right now that a Muslim wouldn’t just bomb a mosque causing the life of innocents to come to an end. We would not kidnap and rape women for our own pleasure, and we would not go to public places and kill ourselves and others with bombs. We Muslims pray that these things don’t happen to anyone, and that people like this should be gone from the world, yet you all think that we are the ones that do it.

Now, you might be wondering, “Why are muslims always portrayed as the terrorists?”  “Why are terrorists always wearing hijabs?” This is because those terrorists are calling themselves Muslim to make Muslims in society seem terroristic. They wear hijabs, and cover themselves up, making them seem like they truly are a Muslim, but in truth that cloak can’t hide who they truly are. Even if they truly believe they are Muslims, they aren’t. The point of Islam is to believe in God, and what is right in the world, making society a better place. Religion is the thing that keeps people from killing, and religion is something that people believe in because they want to be good. So religion does not play any part in this. This leaves me wondering why people affiliate religion into murder. There can be killers that call themselves your religion, and say that you all are terrorists. How would you feel for being discriminated just because of these terrorists calling themselves your religion? Not good, right? Well then you shouldn’t do it to us either.

We muslims are not bad because we are Muslim. It’s actually quite the opposite. We muslims are good because we believe in this religion. We Muslims believe that those terrorists are sinful and we do not agree with them. So in the future, if someone wearing a hijab comes up to you, don’t always think that it’s going to be a terrorist. 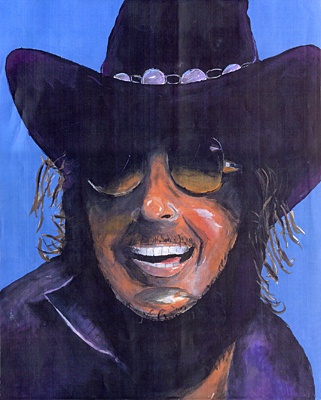 Favorite Quote:
Never forget the haunting past, for all you know came from it

Favorite Quote:
"no one has ever drown in sweat!"