Everywhere at The End of Time | Teen Ink

Everywhere at The End of Time MAG

Everywhere at the End of Time, the six-and-a-half-hour musical masterpiece by Leyland James Kirby (using the name The Caretaker), depicts the deterioration of mental acuity
and memory retention that results from the seven stages of Alzheimer’s. After listening to it over the summer, I haven’t been able to get it out of my head. Kirby has been releasing hauntingly distorted releases from as early as 1999, with his trilogy: Selected Memories From The Haunted Ballroom. His 2005 release, Theoretically pure anterograde amnesia, is an amalgamation of 72 purposefully forgettable “memories'' primarily composed of a dense fog of unrecognizable static intended to portray the realities of living with amnesia. His first exploration into the topic of Alzheimer’s disease was An Empty Bliss Beyond This World, released in 2011, which unlike Selected Memories
From The Haunted Ballroom, primarily focuses on the alteration of the classical audio instead of the creation of the composition itself. This gives the album an almost distant feeling, full of abrupt jump cuts and unfinished pieces overlaid with a similar sense of forgetfulness and static that was introduced in his amnesia period. His years of experimentation with audio distortion were masterfully epitomized in his 2016-2019 release – my personal favorite of his – Everywhere at the End of Time.

I would be remiss if I failed to mention the beautiful album covers created by Ivan Seal, an abstract painter from Stockport,England, currently living in Berlin. He creates abstract representations of objects entirely from his mind, which give his pieces a familiar yet strikingly foreign feel. The album covers slowly become less and less recognizable as they progress. Stage one depicts a blank rolled up sheet of what is potentially a newspaper, which I believe could have been chosen to represent the patient’s knowledge that as the disease evolves, their ability to remember recent events may become completely dysfunctional. Stages two, three, and four remain somewhat recognizable, with the stages picturing an abstract pot of flowers, what appears to be kelp, and the profile of a woman with no discernible features. The art for stage four, the woman’s profile, was the most striking and saddening to me. I think it represents the loss of one’s abilities to recognize anyone, no matter how much you loved them. Stage five becomes completely indiscernible, though some believe it is a woman walking down a flight of stairs. A singular art board with four pieces of blue tape serves as the image for the sixth stage and is the embodiment of emptiness. The music in stage one is what I can only describe as nostalgic. Its 1930s-esque music makes me remember a time I wasn’t alive to see. The tracks are generally coherent, with the constant crackle from the record being the only interference. At this stage, you can still hear the music. The memories are relatively clear. The songs have a generally positive and reminiscent tone. Every stage is accompanied with a description, with the first one reading: “Here we experience the first signs of memory loss. This stage is most like a beautiful daydream. The glory of old age recollection. The last of the great days.” With titles like “The loves of my entire life” and “Into each other's eyes,” you can almost feel the reminiscing. The songs are powerful and melodic. I almost was able to forget what would eventually come. The second stage felt different. The songs sound slightly pitched down, which made them unsettling, yet not unlistenable. Where the first stage consisted of shorter snippets of looping music, the second stage was full of what felt like longer tracks
where I noticed some instruments would fade away as the song continued. Stage
two also included a lot more static and introduced echoes that made me feel on edge. He starts some songs off with purely white noise. The description for this stage is, “The second stage is the self-realisation and awareness that something is wrong with a refusal to accept that. More effort is made to remember so memories can be more long form with a little deterioration in quality. The overall personal mood is generally lower than the first stage and at a point before confusion starts setting in.” Stage three is the last stage that I would deem listenable. The crackle of the vinyl felt safe and comforting in the former stages, but when it's paired with the first major examples of truly distorted audio, they take on an entirely different feel. Before, I was able to zone out and enjoy the flow of the audio, but in this stage, the music demanded my attention. The tracks would either abruptly stop or slowly deteriorate with the help of reverb. It was the first time everything felt really wrong. I was painting while I was listening to this album, but I had to stop once I reached this point. I couldn’t focus on what I was doing. I found it hard to remember what I had just listened to. The description for stage three is, “Here we are presented with some of the last coherent memories before confusion fully rolls in and the grey mists form and fade away. Finest moments have been remembered, the musical flow in places is more confused and tangled. As we progress, some singular memories become disturbed, isolated, broken, and distant. These are the last embers of awareness before we enter the post-awareness stages.” Stage four consists of four tracks, with three of those four titled “Post-Awareness Confusions” and one titled “Temporary Bliss.” The instruments are incoherent and jumbled and the songs contain long bouts of what feels like nothingness. It sounds like everything is happening at once. All sense of order and tranquility are gone. I admit, I could only manage to sit through half of each of the following one-and-a-half-hour stages. The songs went from four-minute songs to 20-minute songs. This section reminded me of the end of “Strawberry Fields Forever” by The Beatles, though even that hodgepodge of nearly incoherent noise had more structure than stage four. “Strawberry Fields Forever” has a constant drum beat and a blaring alarm that brings a slight sense of harmony to the chaos; stage four had none of that. The disjointed nature
of the tracks left me feeling confused and stressed. The description for this stage is,
“Post-Awareness Stage 4 is where serenity and the ability to recall singular memories
gives way to confusions and horror. It’s the beginning of an eventual process where all memories begin to become more fluid through entanglements, repetition and rupture.”

Stage five was mostly crackles, glitches, and scratching, with the slight sound of what my brain was so desperately trying to organize into anything that could be recognized as music. The instruments no longer sound like instruments, but the desperate cries of a mind too far gone. I wanted to stop listening sooner, but I was entranced. Nothing made sense. Time felt short. The description for this stage is, “Post-Awareness Stage 5 confusions and horror. More extreme entanglements, repetition and rupture can give way to calmer moments. The unfamiliar may sound and feel familiar. Time is often spent only in the moment leading to isolation.” Stage six can no longer be called music. It was at this point that I felt an overwhelming sense of nothingness. The instruments were gone, leaving behind a sea of white noise and impending doom. Everything felt slow. The titles “A confusion so thick you forget forgetting” and “A brutal bliss beyond this empty defeat” encapsulate exactly what I was experiencing. After about halfway through this stage, I skipped to the end to find the last five minutes full of an almost recognizable, almost angelic, melody. The last semblance of a distant memory fading away, which was followed by a minute of pure silence representing the finality of death. After so much suffering and nothingness, everything was gone, a life had ended. The description reads, “Post-Awareness Stage 6 is without description.”

After finishing as much of this album I could handle, I was hit with an immense feeling of gratitude. I have never had to witness a loved one slowly decay into an emptiness of nonrecognition, and for that I feel lucky. I felt grateful for all of my loved ones who are
still alive. I also felt great sadness. Growing up in such a technologically advanced time, it is almost impossible for me to imagine not having hundreds of photos to remember every major event of my life by. As someone with difficulty remembering a lot of my past experiences with clarity, I don’t think I would be able to rely solely on my own mind to re-experience a lot of my previous life events if I had grown up in the 1930s. I felt a great loss for all of the unremembered memories in the time before the digital age and I felt an even greater loss for the people who could no longer remember them. I highly recommend that you listen to this musical experience, but only if you are in the right state of mind. 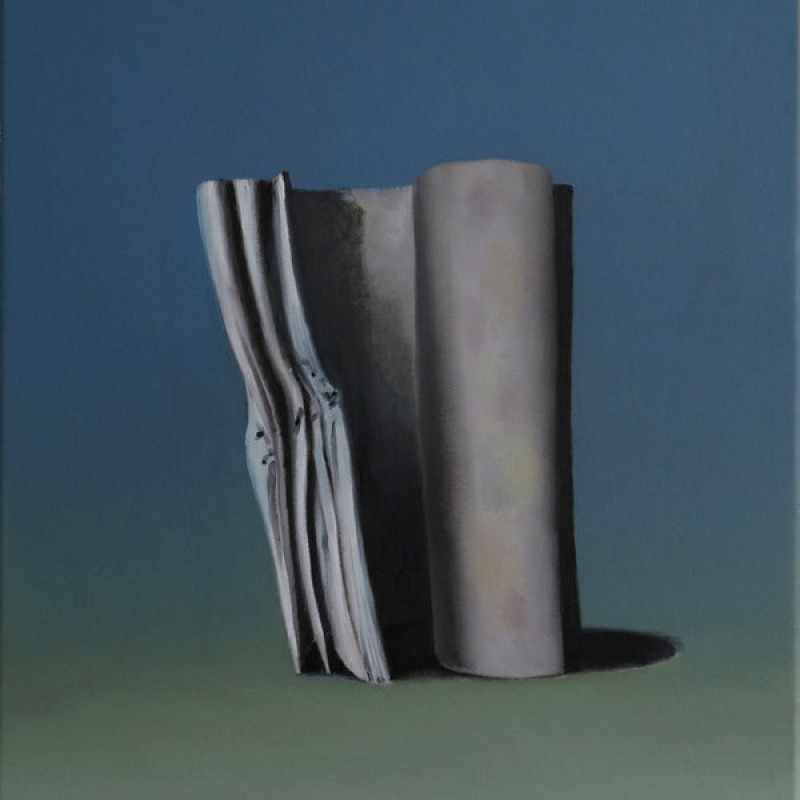 After stumbling upon a compilation of all six albums of "Everywhere at The End of Time" in my YouTube recommendations, I knew I had to listen to it. This piece is probably one of my favorite OpEds that I've ever written. Once I finished listening to the albums, I felt like I had to inform others about The Caretaker's incredible music (and I hope this piece achieved that).