The Beauty of Science | Teen Ink

The Beauty of Science MAG

The Union Army will be remembered as winning the Civil War. Genghis Khan will be remembered for invading China. Yet Darwin’s Theory of Evolution may change as may Newton’s Three Laws of Motion. Unlike history or basic mathematics, the world of science changes ad infinitum.

Science is unique because every day something new is discovered, often changing or challenging older theories. Science, from quarks and leptons to the galaxy clusters of our universe, holds immeasurable secrets that are exposed every day. With each new discovery the human race decodes a few more words of the ancient scroll that is the cosmos. Day by day, we decipher the code of the universe. Unlike history and literature which can be explored only so far, science is endless. Its beauty is that it represents the past, the present, and the future; there may always be something new to discover.

No matter how well humans understand the universe, science will still have a long future. This fact has been demonstrated to me by the diverse modifications I have witnessed in science in just my 17 years. In less than two decades, I have witnessed an enormous advance in technology as well as general knowledge of science. Surgeries that were thought complex at my birth are now routine, and computers once classified as sophisticated are archaic. Pluto, which during my childhood was considered a planet of our solar system, has been reclassified.

If such dramatic developments can occur in such a short time, who knows what the world will be like by the next century? This makes science distinctive; the realization that a more efficient technique to solve the world’s most thorny troubles may be just around the bend. Perhaps an efficient way to kill certain cancer cells or eradicate HIV is imminent. Science is enthralling because the answers to these troubles that plague the world today exist and could be discovered at any moment. 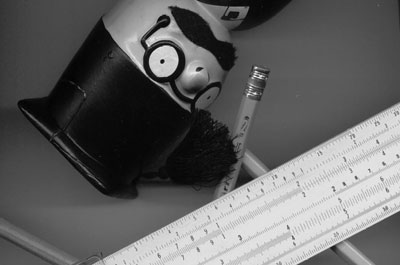 
Love is patient, love is kind; it does not envy, it does not boast, it is not proud.
1 Corinthians 13:4
A man's ways are his own, but the LORD weighs the heart.

ramosfreddy BRONZE said...
on Dec. 8 2016 at 1:43 pm
ramosfreddy BRONZE, Sacramento, California
1 article 0 photos 8 comments
View profile
i need this for school subject. keep up the good work.
THANKS said...
on Jan. 31 2014 at 11:34 am
Thanks for this article man, I needed this for school as subject.!
LittleDreamer BRONZE said...
on Jun. 8 2013 at 10:00 am
LittleDreamer BRONZE, New Delhi, Other
2 articles 6 photos 42 comments
View profile
Awesome article :') You covered up all my fascinations with science and summed it up beautifully! Indeed, Science is amazing, it's beautiful, it's logical, it's fascinating - Loved this article! 5/5!
Vitros SILVER said...
on Dec. 16 2012 at 5:46 pm
Vitros SILVER, Park Ridge, Illinois
8 articles 0 photos 6 comments

Favorite Quote:
The beauty of a living thing is not the atoms that go into, but the way those atoms are put together.
-Carl Sagan

View profile
[Smiles broadly].  I hear the same passion in your words that fills the ideas of Sagan, Feynman, Tyson and the entire scientific community.  We have such power, us humans.  To stand before this vast Cosmos as such small beings, that is impressive.  To stand before the even more daunting doubt and volatility of belief that science dictates, that is enlightening, enthralling,even.  We have this power to attempt to understand the true way things are.  In this, we are beautiful.  Powerful. Human.
peace_love_beauty PLATINUM said...
on May. 9 2011 at 2:17 pm
peace_love_beauty PLATINUM, Florien, Louisiana
22 articles 35 photos 121 comments

Favorite Quote:
Yea, though I walk through the valley of the shadow of death, I will fear no evil, for thou art with me; thy rod and thy staff they comfort me. Psalms 23:4

View profile
I love science! When I was a little kid I always wanted to be a scientist! =D
boklenhle GOLD said...
on Feb. 25 2011 at 2:51 pm
boklenhle GOLD, North Platte, Nebraska
16 articles 0 photos 40 comments

Favorite Quote:
Our scars tell us where we have been, but do not have to dictate where we are going.

View profile
I love science!! :) But, about the Pluto thing... I don't understand how you can call Pluto a planet for so long and then just go, "Oh, it's not a planet. We're just changing everything you learned in fifth grade. Don't worry about it."
WriterFanatic PLATINUM said...
on Jul. 28 2010 at 11:49 pm
WriterFanatic PLATINUM, DesMoines, Iowa
24 articles 0 photos 184 comments

Favorite Quote:
"No matter how dark the sky, you'll always have the stars."

View profile
Great article. I too love science, and I agree completely withj you! Good job!
Shelly-T GOLD said...
on Jun. 22 2010 at 3:51 pm
Shelly-T GOLD, Romeoville, Illinois
13 articles 0 photos 71 comments
View profile
This is lovely!  You did an excellent job.  I love science and found great pleasure in reading it!