We Speak about Global Warming

I read a lot, especially teen's magazines. In those magazines, global warming listed as today's big issue. Global warming popular for its definition that may lead to the end of our beloved earth. Let's see what actually global warming is.

The simplest meaning of global warming is an increase in the average temperature of the earth's atmosphere. Thus, responsible for the change of global climate and the rise of sea levels. From the short description above, we can imagine how dangerous those pops phenomenon is.

Most of global warming effects are negative. The deadliest of all effects is the polar ice caps melting. According to the National Snow and Ice Data Centre, if the polar ice melted today, it will raise the sea levels into 230 feet. The other bad things are; polar ice are made of fresh water, so that when it melted, it will desalinated the sea. The desalinisation of the sea, sure thing, will “screw up” ocean currents, which regulate temperatures. It may cause the extinction of sea populations.

Global warming, slowly, causes more natural disasters. For example, hurricanes. The increase of ocean’s temperature reflects to the more frequent and stronger hurricanes. It also possible to cause heat waves in some areas and increase the probability of droughts. Possibly, It’s Africa which will get worse but it doesn’t means that Europe will be safer.

When we see many damages, we will think about the money spent to recover it. So, we can conclude that global warming also affects the economy problems.

According to some facts above, we as human being should have realised that there are many things we could fix. We can share a vehicle; use public transportation more often; or just do the easiest one, try to turn off your lamp when you sleep, I’m sure that will really help.

Even a child can do big from now on, to change the future. Try to speak your mind. Children can beat adults while they scream together especially for a popular issue like global warming. They will impress more communities than adults can do, because children’s thoughts are rare beside, adults’ are likely considers as ‘common’.

The question may be, what kind of ‘scream’?

Ask your parents to help you and your friends, make a change. Encourage them to bring you to the nearest TV station, or radio station. There, all you have to do is only speak. When you speak everything there (on a radio or TV), not impossible that, one of the national legislations will watch you or hear your ‘scream’.

You can also write. Write to a local newspaper offers so much help to change society’s mindset. You can also join a cyber community such as Teen Ink (where you can write anything), then write about ‘Global Warming’ or ‘Climate Change’ there, tell them what age you are (the younger the better), use your own language and impress them by writing in such a naïve words.

If you think ways above are too difficult, then just do this. Watch some film about global warming or climate change, then share it to your friends! By using this methods, indirectly, you have influenced your friends to find a better solution for the future!

See, there are tons of things we can do for the earth, to make it get over climate change. From the smallest to the biggest. From avoid too much opening the refrigerator’s door up to creating a new community that stands for global warming precautions. Global warming and everything related may hazardous for us, but we are more dangerous for it! 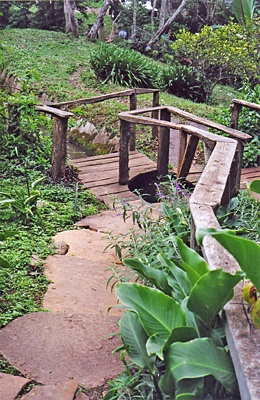 Favorite Quote:
“I used to say, somebody should do something about that, but then I realized, I am somebody.”

View profile
I don't believe in globel warming. We are actully going through a polar tilt.
Otis_Reamclaw said...
on Jun. 9 2011 at 9:02 pm
Otis_Reamclaw, Blenheim, Other
0 articles 0 photos 3 comments
View profile

The amount of carbon dioxide spewed forth by volcanoes and other natrual events is negligible compared to the trillions of tons humans emit. Climate change is perhaps the largest crisis humans as a whole face today, and will forever shape the future of our planet.

People are very much underestimating the severity of what's going on. I'm not preaching alarmist attitudes, merely warning about what is to come.

Fluffy2772 said...
on Jun. 9 2011 at 4:28 pm
Fluffy2772, McDonough, Georgia
0 articles 0 photos 41 comments
View profile
Al Gore doesn't care about global warming. In fact, if you new anything about his teams research you would know that the actual scientist needed a credible face to present their findings. Lets do some independent research and not take in everything at face value. Al gore literally knows nothing about climate change. Have a nice day.
xxrenegadexx said...
on Mar. 13 2011 at 6:40 pm
xxrenegadexx, Coventry, Connecticut
0 articles 0 photos 11 comments

Favorite Quote:
"The thing about real life is, when you do something stupid, it normally costs you. In books the heroes can make as many mistakes as they like. It doesn't matter what they do, because everything works out in the end. They'll beat the bad guys and put things right and everything ends up cool.
In real life, vacuum cleaners kill spiders. If you cross a busy road without looking, you get whacked by a car. If you fall from a tree, you break some bones.
Real life's nasty. It's cruel. It doesn't care about heroes and happy endings and the way things should be. In real life, bad things happen. People die. Fights are lost. Evil often wins.
I just wanted to make that clear before I begun." ~Cirque Du Freak Prologue

It's a sad world when everyone just eats up whatever's thrown at them. If GW is such as problem, why is Gore's carbon footprint 22x that of the average american? Why isn't he taking action, because apparently it's going to "destroy the world." If I figured something out like that I would most deffinatly be doing everything in my power to counter it.

Listen, do some research for the other side. Google "global warming scam/hoax/prank" whatever you like. Read up on why the other side thinks as it does. Find some points, and counter them for me. Just don't take everything at face value. Have a nice day.

melloves92 said...
on Oct. 15 2010 at 2:29 pm
Global warming is most definitely a problem.  It may not truly affect our generation, but it's going to destroy the world eventually.  It's a sad world where teens don't seem to care about our environment.
TheProphet GOLD said...
on Mar. 4 2010 at 12:51 pm
TheProphet GOLD, Antelope, California
14 articles 0 photos 24 comments

Favorite Quote:
Not only is the future unwritten, but it also belongs to us.

View profile
Very well written, you make good points.
CDABC said...
on Feb. 18 2010 at 7:33 am
CDABC, Old Tappan, New Jersey
0 articles 0 photos 6 comments
View profile
Actually, the point you make about snow is not completely incontestable. The polar ice caps are indeed shrinking -- that means that less sunlight is reflected by the ice and more is absorbed by the ocean. Combined with the greenhouse gases that trap more of the sun's rays in, the oceans begin evaporating at a higher rate (though this is not instantly noticeable). The relatively warmer air due to global warming can "hold" more moisture than colder air because warmer air has more energy, leading to a net evaporative effect (i.e. the evaporation rate is increased), and since warm air becomes saturated slower than cold air, the water vapor keeps on collecting, occasionally precipitating in small bursts. But in whole, all the moisture in the air has to eventually come down once the air reaches its saturation point. When the saturated air enters a colder area (or if it meets a cold front, such as those that come from Canada in the US), the water vapor can sublimate into huge amounts of snow, leading to the recent snowstorms across the country. So increased snowfall does not necessarily debunk global warming.
WriterFanatic PLATINUM said...
on Feb. 10 2010 at 9:32 pm
WriterFanatic PLATINUM, DesMoines, Iowa
24 articles 0 photos 184 comments

Favorite Quote:
poetry is a diary written out loud

View profile
everybody thinks theres global warming. i dont think its as bad as everybody makes it out to be. if the world is getting so hot that the ice caps are melting then why is there new snow records. places that its never snowed and inch before is getting like foots of snow. yes humans create a lot of co2 but so do volcanoes and tons of natural phonominoms. there are so many humans on this earth and we dont all have the same opinions. many people like to think about change but are to lazy to actually do something about it.
SilverAngel SILVER said...
on Oct. 3 2009 at 8:24 am
SilverAngel SILVER, West Carollton, Ohio
8 articles 0 photos 63 comments

Favorite Quote:
"Life is an open book, we take the journey until the end." ~Me