History in the Making | Teen Ink

History in the Making MAG

This presidential election is one for the history books. The United States may actually elect our first black or woman president. While we may be behind when it comes to electing women and people of different races, we are finally catching up with the rest of the world. People are getting excited about politics again because of this.

Personally, as a Democrat, it is exhilarating to watch how each primary or caucus turns out, as Hillary Clinton and Barack Obama are wildly popular among voters. But with this exciting process comes some disturbing realities. Although racism has basically been kept out of the media, sexism has not. The media tends to crack down when anyone makes even a slightly racist remark, which is great, but they are allowed to be very sexist when it comes to Clinton. All the news stations replayed a clip where she was a bit misty-eyed, although it really was not that big of a deal. I believe the emotional incident was due to how much support she had experienced. I am proud that our nation no longer tolerates racism, but am mystified at why sexism is socially acceptable.

Another stunning realization about this election is how outdated our voting system is. I believe that caucuses should be abolished since they exclude most of the working class from participating because they take place during specific hours. Whether this has actually affected the race (some people say that Clinton loses caucuses because her voters are mostly working-class) is for anyone to say, but it is wrong for any part of the electoral process to exclude voters.

Another drawback of our voting system is the electoral college. A set of electors are authorized to elect a candidate and can ignore the wishes of the general public. The electoral college’s vote can run counter to the popular vote – as seen in the 2000 race between George Bush and Al Gore. For this reason, I feel that the system is a distortion of true democracy. While the electoral college was useful when it was first created, because of the many uneducated people, it is completely obsolete now that a huge majority of our country is educated.

Despite the problems in our system, this contest promises to change history and open up a lot of doors for our nation. The best part is that both Clinton and Obama are very strong candidates with good chances of winning the 2008 presidential election, and they each would make a very good president. 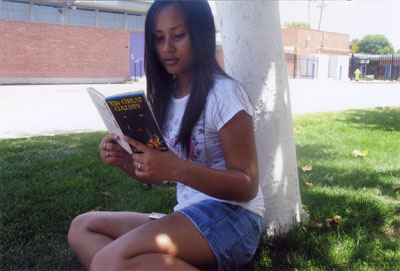 View profile
i agree! people who are rich have too much power with contributions.
Bethani GOLD said...
on Mar. 28 2010 at 8:35 pm
Bethani GOLD, Highlands Ranch, Colorado
10 articles 0 photos 508 comments

View profile
I agree with you! No one shoul be able to discriminate on religion, sex, sexual orientation, or race. it's downright wrong! we should be getting rid of caucuses because it gives only a few people power to change the election with contributions. keep up writing!