It’s time to stop warmongering. If you went to the kitchen during the first four minutes of President Bush’s international co-operation speech, you basically missed all that he had to say. After the first few words, he spent the rest of the hour outlining wars and making promises. The economy is in the toilet. The deficit is out of control. But Bush’s dream still isn’t fulfilled. One war isn’t enough. He feels the need to attack, to conquer, at any cost. Justifications for war? Justifications can be created. Weapons of mass destruction? Forget them, it’s all about spreading freedom.

As the most powerful man in the world, reason should be the last thing stopping him from doing what he wants, right? When he claimed there were weapons of mass destruction in Iraq, the evidence was so weak, it’s negligible. The United States went to war based on lies perpetuated by the Bush administration. Iraq was attacked needlessly. It’s a casualty of what can only be termed as post-modern American imperialism.

And Bush isn’t just a threat to other nations. He hasn’t done much to help his own country’s economy. Poverty and unemployment are on the rise. Health care is below standard. The American people are feeling increasingly isolated in the global community because of their government’s support of the Iraqi war. America isn’t making new friends. The captain of their ship is falling back on his promises. Iraq was supposed to be liberated. Saddam is now out of the way, but are the Iraqi people better off than they were two years ago? Will they ever be better off now that the racial divide in that nation is fully exposed and groups are fighting for control? Iraq is a nation deeply scarred and it will take the country some time to heal.

Meantime, Bush can enjoy his vacations. His sleep is unperturbed. He is winning his wars, all of them against the world, against reason. The Bush administration has been a classic example of manipulation, exploitation and successful government. History has repeated itself; we are once again witnessing a man running the world according to his whims. 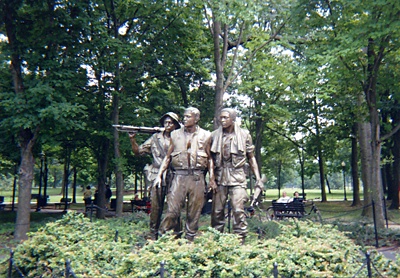 Favorite Quote:
what goes around comes around

Favorite Quote:
“We accept the love we think we deserve.”
― Stephen Chbosky, The Perks of Being a Wallflower

View profile
I must agree, this country is down the drain. I also find it facinating that you concern yourself with potitical circumstances that arent in your nation. you have a talwnt for writing well and obverving your surroundings,excellent work!
Electricity PLATINUM said...
on Jul. 12 2009 at 5:10 pm
Electricity PLATINUM, Bradenton, Florida
30 articles 0 photos 271 comments
View profile
I must agree with your opinion. Bush seems to be war hungry, and many people are dying and suffering under his terms. Amazing how people can think the same :D I feel a great need to show this to my friend, who think that Bush is actually helping Iraq!! I love this article!
mismas28 said...
on Dec. 4 2008 at 1:19 am
Sarah, you are sooooooo right! I agree with your opinions, it's incredible! Bush has just ruined this country