Marriage: our own happily ever after, all wrapped up in a white gown, black tux and the impressive bling to tie the knot. Is this really what we want our wedding to be about? I hope our standards are higher, and that we can focus on what counts. The time has come to think deeper, to be more open-minded, and to realize that a wedding is actually a ceremony to give ourselves to the one we love. Today, we are much less restricted by traditional ceremonies; couples say their vows under water in scuba gear or diving through the air. These unusual marriages can happen because we live in a great country bound by principles of freedom. In what other place are citizens promised justice and the pursuit of happiness? Yet a growing percentage of our population is not fairly represented.

Homosexual couples need to be given equal representation. To enforce this, all ceremonies should be titled the same. “Civil unions” do not equal marriages. Referring to homosexual marriages differently impacts the mind set of our society. This change in language implies that gay couples seeking the bond of marriage are to be perceived negatively, in comparison to couples uniting in a heterosexual marriage. Each citizen should be given the same rights in his or her own pursuit of happiness. Legalizing homosexual marriage is important for strengthening our country’s principles.

Perhaps there are times we all wish Cupid would only strike that certain someone who has caught our attention. However, we all know this is as unrealistic as slipping that person a love potion. No one can tell us the ideal spouse we must fall in love with, especially our government. Feeding into the idea that a man can only love a woman and vise versa is unconstitutional. In America, we can practice whatever religion we choose, without our government interfering. Likewise, politics should not mix with marriage; this would be dancing the fine line of taking away our rights as citizens.

Furthermore, in many cases, one spouse depends on the other for benefits that are only granted through marriage. In my home, my mother is not employed, so my father’s insurance pays her medical bills. We only promise this financial assistance to those who marry the sex we delegate. Should our government deny citizens health coverage that they would have an equal share in if only they were attracted to the “right” sex? Gay marriage should be recognized so couples can be entitled to the same benefits of heterosexual couples.

Undoubtedly, marriage has religious connotations, which is why it is perceived as a permanent union before God. Nevertheless, there are still discreet polygamous unions in some sects of Mormonism. In such an unyielding society, is giving ourselves to several mates acceptable? All gay couples want is to promise themselves to one person. Traditionally, weddings are between a man and a woman, but our world is changing just as rapidly as it is growing. The definition no longer applies, nor needs to be taken so literally.

Many gung-ho parishioners debate that gay marriage is an abomination. However, no one can lay judgment but God, which we are forgetting. Also, some quote Scriptures, “Neither fornicators, nor idolaters, nor adulterers, nor homosexuals, nor sodomites, nor thieves, nor covetous, nor drunkards, nor revilers, nor extortioners will inherit the kingdom of God.”(1 Corinthians, Chapter 6). This is interesting because while society is singling out people who are gay, other “sinners” are willingly supported. For example, AA meetings can be attended without alcoholics being publicly shamed. Most importantly, is Christianity the only religion? Aren’t we taught, even if we don’t agree, to respect others’ beliefs? And, moreover, do we want our government to dictate religion? We do not live under a theocracy, nor should we, if we expect equality.

In America, every day we practice freedoms we’ve been granted. Shouldn’t rights be applied to marriage? It is our responsibility to instill equality in every aspect of life. Accepting and respecting differences are ideas the majority of Americans share. On our wedding day, we shouldn’t have to worry if our decision is acceptable to our government. We should not be consumed by thoughts that our marriage is not as significant as another’s. It is our duty to legalize gay marriage. 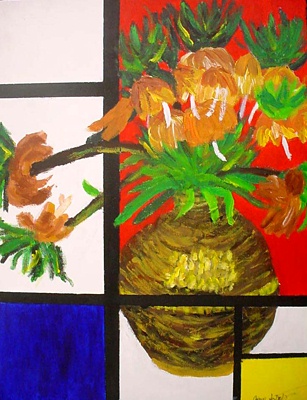