My Friend and I | Teen Ink

My Friend and I MAG

The ball has been through war. Its once-clean, orange leather surface has been worn down to a smooth, dirty brown. Scratch marks and a thin layer of dust replace the once-visible logo.

It is just an old, beaten-up basketball, but it has been one of my longest, most consistent relationships. I have spent countless summers with this ball in my hands, bouncing it on the steaming pavement. I can hear the rubber hit the blacktop and spring back to my hand. I can hear the chingy sound it makes as it splashes through the silver chain net, like cold water being poured into a glass. The sun beats down on my young, skinny body as the sweat glistens from my shaved head.

This was how I spent most summer days - just me and my friend Spalding playing on the driveway. We would play together until I was close to passing out from the heat. Then I would get a quick drink and play some more.

Those were the days I would play just for fun, when I wanted to play like Michael Jordan, Scottie Pippen, or John Starks. It did not matter if I hit the shot or missed that ridiculous 360 degree reverse lay-up.

I didn’t see myself alone on a brutally hot summer day; I saw the beautiful sun shining down on my beautiful court. I was in my own world, and I did not care what anyone thought. A man walking by might have thought, Wow, that little kid is working hard, but it was not hard work. Playing basketball like that was fun, before all the new technologies and other nonsensical games came along. Playing ball was something I would do with every second of my free time. I would watch the Knicks’ playoff games on TV, and during time outs, I would run out and do my best Larry Johnson imitation.

My relationship with the game has changed over the years. It is my oldest friend, and I will not give it up for anything. I am going to play for as long as I can. The only thing that keeps me going, the only reason I am still working hard and playing on different teams, the only thing that gives me the perseverance and strength to deal with some of the terrible coaches and selfish teammates, is playing for me, that six-year-old kid who simply fell in love with basketball. I will not give up and I want to make that kid proud. I want him to know that all of his passion and dedication during those summers paid off in the end. 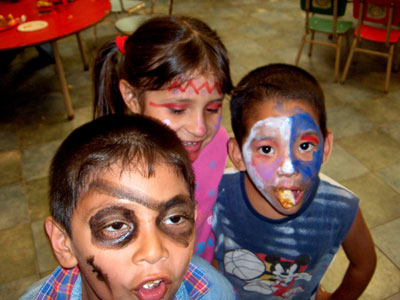