“So, who do you believe is ‘in the right?’”
Everyone in the classroom set their books down. It was a Gifted classroom in the 8th grade. We were reading a book about the Scopes Monkey Trial entitled “Inherit the Wind”. The book was a stage play about a teacher who decided to teach his students about the theory of evolution in a heavily christian town, and was promptly arrested because of this. The majority of the story takes place in the courtroom where two lawyers, battle it out. One is a decorated christian, Matthew Harrison Brady, while the other, Henry Drummond, is Atheist.


I attempted to start the discussion.


“I think that Henry Drummond is in the right.” At this moment I knew I was about to get flamed by the heavily christian girl sitting across from me. My friend Jake, giggled in the corner, as he too realized the coming onslaught that was to be bestowed upon me.


“That doesn’t make sense! The laws were clearly broken in teaching a theory like that! How can you defend that!?”


“Because I realize that the law should never have existed as it not only goes against the constitution, but also in the basis that our country was founded upon. This man has the right to teach his students about any theory, and not force the students to be solely christian. That's the point of this story, but if you want to debate religion with me, I’d be happy to.”


Jake’s jaw was left gaping, yet the corners of his mouth creased with a small grin. The girl stood up and began to cite passages from the bible, and how they teach us important values, and create hope. Most of it I couldn’t make out due to the fact that she was so irate that her face changed color from pale to carmine red.


After she was done ranting for 15 minutes, Jake and I stopped laughing hysterically, and I stood up to make my points. “You quoted bible verses, yet you excluded some of my favorites. Like Leviticus 20:13, Putting homosexuals to death. Or Timothy 2:12, not allowing women to have any power over man. I could go on for quite a while about how it’s against your feminism, and your support of modern day issues, while you sit here oblivious to what you claim to support, and I bet even after this you’re still going to argue for it! Case Closed your honor!”


She opened her mouth to retort but realized my trap and closed it. Reluctantly she sat back down and continued to give me the death stare for the rest of the class. The way that Jake hysterically died of laughter in the corner, whilst staring at her, I knew that he would never let her hear the end of it. 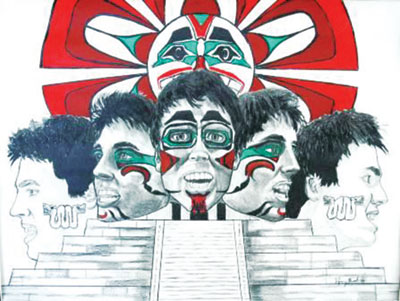