To be a Teenager | Teen Ink

To be a Teenager

When I turned the magic number, 13, I wished for a pony as I blew out the wax pink and white candles. What did I get? Not a pony, I’ll tell you that much. I did get a card from my parents. Written inside was “To our teenager. We love you, Happy Birthday!” At the time I loved the fact that I was a teenager. I mean, I was practically an adult. It also seemed like a huge jump going from twelve years old, to thirteen years old. It seemed like my friends liked me more that I was the first teenager in our group. I was living like a queen for a few years, and then I was hit hard in the face with what ‘Teenager’ really means, when I entered high school.

My high school has a student population of over one thousand kids. Not just any kids, mind you. These kids are hormonal and angry and pubescent. If you can walk down your high school hallway without seeing a couple groping each other next to the lockers, a suspicious deal going on by the water fountain, or punches being thrown in the stairway, let me know what high school you go to and I’ll enroll there. When I was a freshman, I think I learned more about what some provocative things meant than actual school curriculum. The summer going into my sophomore year, I was hoping the next year wouldn’t be as…scary. I was wrong.

I am currently a junior at the same high school that corrupted my mind two years ago. I’ve gotten used to the couples making out between classes, the long lunch lines, and the provocative sayings that are occasionally yelled into classrooms. I realized halfway through my sophomore year that I am not at some preppy private school in the fancy, clean parts of the nation. I’m at public school and for 180 days each calendar year I sit through an hour long class from 7:30 in the morning to 4:00 in the afternoon, with classmates I can’t stand, classmates I’m friends with, and classmates that don’t even show up to school.

But being a teenager isn’t horrible because of school (although the homework is quite atrocious) it’s also everything else.


For example, we’re supposed to uphold some sort of image. According to the book everyone should be tall and willowy with long floating hair and piercing eyes. Sure there are some people at my school like that; unfortunately I am not one of them. I’m on the short side, with the appetite of a six foot teenage boy. Now I’m not fat, but I could stand to loose a few pounds. My hair is short, my skin always has some sort of zit, and my eyes are basic brown. For girls like me, high school isn’t terrible, but I imagine myself tall and willowy and graceful, and it’s the best fantasy ever.

My school is 100% based around athletics. Odds would have it; I’m not very good at sports. I’m in band, I just have no bone in my body that wants to run, throw, or score anything. The sort of sport like activity I participate in is Show Choir, but it’s in the theater department. And who cares about the theater department? Nobody outside of it. Sure I go to football games, but really, if our audience for opening night of musical was as huge as the stadium audience at a home football game, that’d be great. Or if for a Band and Choir concert, we had fellow classmates come support us. Here I go again, with my fantasies.

I’m 16. I drive, and it’s a great freedom. But along with freedom comes responsibility that I want to punch. I have to pay for gas, insurance, and tune ups. I guess it’s only fair though, my parents did by me a car. From my sister. For two hundred bucks. How generous. But hey, we live across town, and I plan on not telling my kids the whole “When I was your age, I walked eighteen miles to school…”

I’m going to be going to college soon. I will be sending an envelope with a “Please accept me!” on the front to all the colleges I apply to. In the next few months I will have no life, just school,school, work, school. My friends and I will go to different schools and we will see eachother every once in a while. I will graduate college and do whatever it is I’ll be doing, because I have no idea what that is.

But I guess that’s what being a teenager is all about, finding yourself in a pool of angsty teenagers, bodily image issues, family problems, freaking out from getting bad grades,etc. You know I could sit here and complain about all the other things that makes being a teenager not fun, but I can’t. I have to study for my SAT. 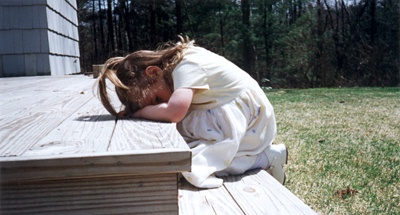 View profile
Nonfiction
*Can it be more then just a crush?*Give Me Some Advice?
By Anonymous

Favorite Quote:
Enjoy the small moments and not just the big ones. If you're not careful something could just pass you right by and you would never know it.

View profile
I really liked what you wrote. It seems like you really captured what it's like being a teenager. My school's kinda like yours, but not as bad.
nothanks said...
on Sep. 11 2009 at 5:41 pm
ur kinda like me except i'm a little bit younger than 16 or20